Defender is a side scrolling shoot 'em up, and one one of the first space shooters to feature the freedom to move left or right.

The player flies left or right looking for UFOs to shoot. An HUD located on the top of the screen indicates where the UFOs are located; the goal is to achieve as many points as possible.

Defender has a wrap-around landscape, and that landscape contains as many as ten humanoids. Alien ships called Landers attempt to abduct these humanoids. If a Lander grabs a humanoid and carries it up to the top of the screen, the Lander and humanoid merge into a much more aggressive Mutant ship. If all of the humanoids are killed, the land at the bottom of the screen explodes and the player must fight in empty space. At this point, all the Landers become Mutants. Every fifth wave restores the humanoid count to ten, regenerating the planetary surface, if necessary.

Defender had a fairly complicated control scheme for the time, with a lever for moving up and down and buttons for thrust, fire, reverse, smart bomb, and hyperspace. Most ports and even some emulated versions of Defender replace the thrust and reverse buttons in favor of a four-way joystick to control movement and direction.

The game was programmed by Eugene Jarvis and Larry DeMar, who would later go on to form an external development company known as Vid Kidz. 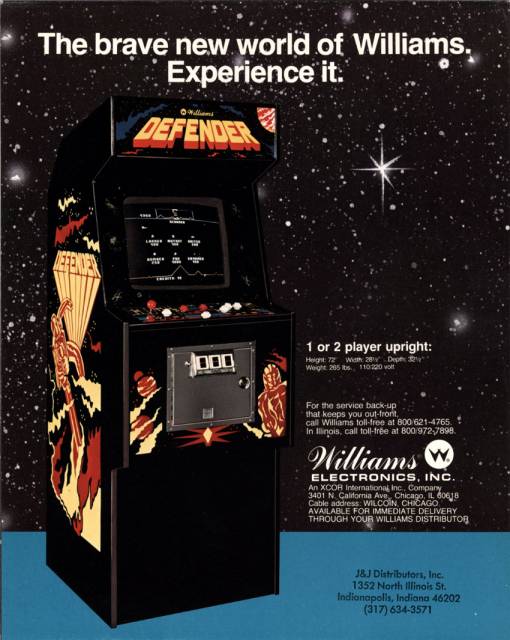