A top-down action game for Neo Geo hardware, as a trio of modern ninjas must steal a time machine from the evil Mars Corporation and travel through time to foil the diabolical plans of its leader.

Ninja Commando (not to be confused with the 1989 computer platformer of the same name) is a sci-fi vertically-scrolling run-'n-gun game developed and released by Alpha Denshi for arcades (running Neo Geo MVS hardware) on April 30, 1992.

Players control one of three skilled modern ninjas (Joe Tiger, Ryu Eagle, and Rayar Dragon), each based on a different school of ninjitsu, as they travel through time (using a stolen time machine) to foil the plans of the Mars Corporation (led by the villain Spider).

Gameplay is similar to other top-down run-'n-gun games, such as Commando, Ikari Warriors, and Alpha Denshi's earlier Time Soldiers. Due to the lack of rotary controls, players can only fire their weapons upward. 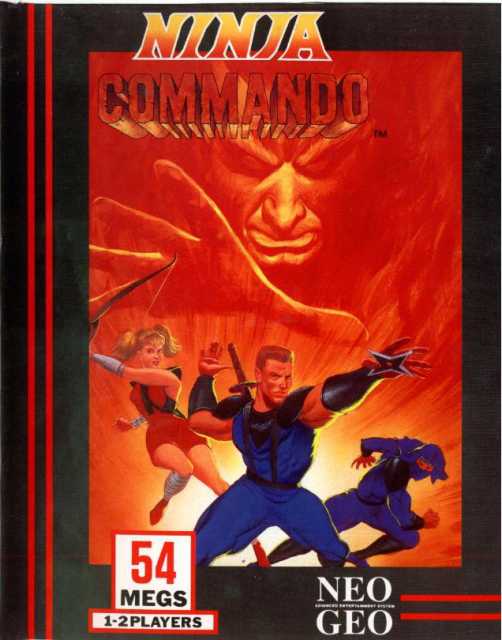