Busted out of death row, inmate James Earl Cash wakes up to find himself in a snuff film directed by a man who calls himself Starkweather.
PlayStation 2

Manhunt is a controversial action- stealth game released for Xbox, Playstation 2, and PC on November 18, 2003. The player controls the inmate James Earl Cash as he tries to survive in a city filled with gangs who want to kill him. The game received generally favorable reviews at launch and sold well. Because of the game's very graphic violence, it received heavy media attention and was linked to a murder case in the UK, although the police found no evidence of the game's involvement. The game is currently banned in several countries, including Australia.

The gameplay is primarily third-person stealth action. Throughout the game there are different objects, such as baseball bats and plastic bags, which can be used to execute gang members. There are three different "levels" of executions. Level 1 is quick and not very gory, with the gore and over the top nature of the executions going up with each level. While direct confrontation is possible, it is generally preferable to run and hide in shadows, and wait until the Hunters tire and walk away. Later in the game firearms are acquired, and the gameplay starts focusing less on stealth and more on shooting.

The game also has a grading system that gives the player a rank at the end of each mission. Only by playing the "hardcore" difficulty setting can a player obtain the cheat codes hidden in the extras. You gain a star by beating the level under par time and by doing the most gruesome killings you can. This amounts to pulling off as many red grade executions as you can and for the gun orientated missions; getting as many point-blank headshots as possible with a shotgun. Playing on the "fetish" setting will enable you to earn up to 3 stars depending on your executions and playing on "hardcore" raises this limit to 4. By getting 5 stars on all missions the player will unlock every cheat code available. However, in order to keep the cheats the final mission must also be the last mission a player five stars', otherwise the data cannot be saved.

The game starts with a journalist reporting on the inmate James Earl Cash who is about to be executed by lethal injection. However Cash is later awoken by an unknown voice who tells him the injection was only a sedative, and that Cash has to do as the voice says. The voice identifies himself as "The Director" and promises Cash his freedom, if he slaughters the gang members, called Hunters, on the streets of Carcer City. The Director directs Cash through an earpiece, and records the gruesome murders Cash commits through hidden security cameras.

The main theme of the game is a phenomenon called snuff films. The concept of snuff films are as follows: a person gets in front of a camera and gets raped, tortured and/or killed for the sake of the video. This last part is important because footage of accidents or beheadings and such do not fall under the category snuff because these acts are not filmed for the purpose of entertainment. The enemies in the game are the victims to your executions, which make up the snuff films.

Even though a lot of people have heard of snuff films it has never been proven that bona fide snuff films actually exist. There have been several cases where people thought they were dealing with snuff, like with the movie series "Guinea Pig", but they all ended up being fake. 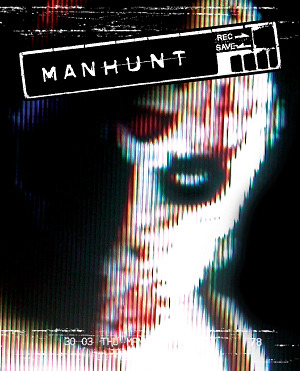