Ghost of Tsushima is an open-world action-adventure game set in feudal Japan.
PlayStation 4

Ghost of Tsushima is an open-world, action-adventure game, developed by Sucker Punch and produced by Sony, exclusively for the Playstation 4. The game was released on July 17, 2020.

Set on Tsushima Island, in the year 1274, at the time of the First Mongol Invasion of Japan. The Mongols, led by General Khotun Khan, have invaded Tsushima and slaughtered most of the samurai there with unconventional military tactics. Jin Sakai, a samurai and one of the few survivors of the initial attack, is saved from the brink of death by a thief, and tries to get revenge on Khotun to save his uncle, Lord Shimura, but Khotun easily knocks him off a bridge. Jin then reluctantly learns how to fight like a dishonorable Ghost, combined with his own Samurai techniques, to rescue his uncle and expel the Mongols from Tsushima.

Players can tackle most missions in one of two ways: as the honorable Samurai, Jin can challenge enemy leaders to duels, and use multiple forms of sword and bow combat to bring death to multiple enemies. As the dishonorable Ghost, Jin can make use of different items to distract enemies, quietly assassinate them, or even make lesser Mongols tremble in fear of his reputation.

During combat, players can use up to four different sword stances that are each proficient at staggering specific enemy types. Player health is regenerated by using Resolve. Resolve is gained by eliminating enemies and through certain Charms the player can equip.

Outside of combat, players can be guided by the wind (known as the "Guiding Wind") to their objective by swiping up on the PS4 controller touchpad. By following NPCs and other creatures can find hidden shrines, charms, or other items. By collecting enough supplies and items, Jin can improve his armor, blades, bow, Ghost weapons, or even acquire new colors for his equipped armor.

For most of the game, Jin will carry two main weapons: his katana for most attacks, and his tanto for stealth assassinations. Jin will gain access to additional equipment through the game, either through story missions or side quests.

Acquired by completing The Curse of Uchitsune mythic tale. Cannot be fired from a stealthy position, but has more range and powerful arrows than the Half-Bow.

Obtained during the Ghosts from the Past tale. A short-ranged sniping weapon but fires completely silent.

On October 16, 2020, Sucker Punch released a free update to the game that added a new cooperative mode called Ghost of Tsushima: Legends. The cooperative mode takes a more mythological approach to the lore and includes story missions plus a wave-based survival mode. Players earn new cosmetic items as well as gear that adds to a persistent gear score per class.

The Legends are available either as a two-player story mission, or a four-player horde mode where the players must work together to fight off waves of Mongols and Oni warriors attempting to conquer three control points.

There are four classes to play as: 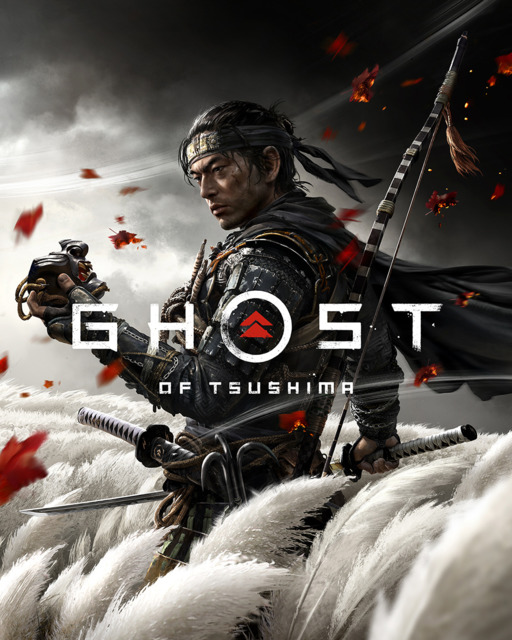