The sequel to the titular cute crocodile's platforming adventure, taking him through numerous Gobbo villages to find the whereabouts of his long-lost parents.

Croc 2 (known in Japan as Croc Adventure) is a 3D third-person platformer developed by Argonaut and published by Fox for the Sony PlayStation in North America (on June 30, 1999), in Europe (on August 3, 1999), and in Japan (published by Koei on September 2, 1999).

Set several months after the events of Croc: Legend of the Gobbos, players control the titular crocodile as he journeys through numerous Gobbo villages in the distant mainland to find his long-lost parents. Meanwhile, the evil Baron Dante is resurrected by his Dantini minions.

Instead of rescuing captured Gobbos throughout each level, Croc now has to complete various missions for the Gobbo villages. The game features numerous gameplay changes, including the health system and a new item shop (owned by Swap Meet Pete).

The game was ported to the PC on February 29, 2000. A handheld version was later developed by Natsume for the Game Boy Color, released by THQ on January 25, 2001. 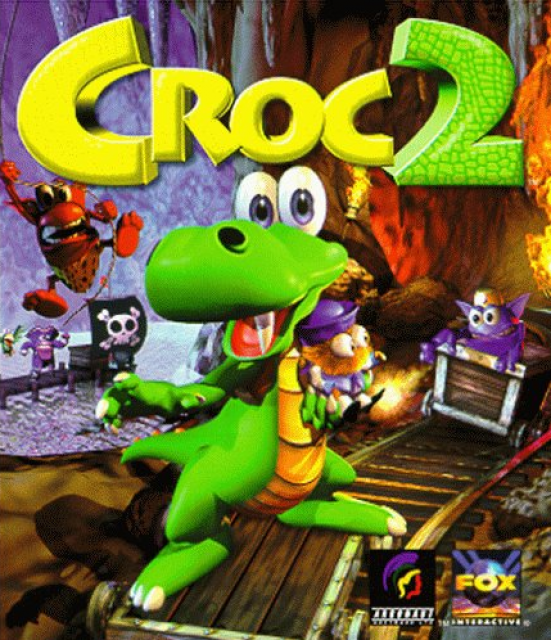