Pac-Man World is a 3D platform game for the PlayStation and Game Boy Advance. This game celebrates the 20th anniversary of Pac-Man. The game was also planned for PC, Nintendo 64, and Sega Dreamcast, but was canceled.

All of the Pac people going over to celebrate Pac-Man's 20th birthday. As they were going to the party, all of them were kidnapped by ghosts. When Pac-Man comes home, he finds his house completely ruined, with all the party decorations and cake destroyed. Pac-Man discovered that Toc-Man was behind the attack and now Pac-Man must attempt to rescue all his friends.

As with other games in the franchise, Pac-Man eats pallets - including power pellets, which allow him to consume ghosts. There are also numerous other enemies besides ghosts. Besides being able to eat ghosts, he can also use a ground pound attack, a spin dash to get through areas quickly, as well as being able to throw his pellets at non-ghost enemies. Players also have a life bar which them to take four hits before dying. There are 6 worlds to explore with 23 levels to beat in order to help Pac-Man save his friends. 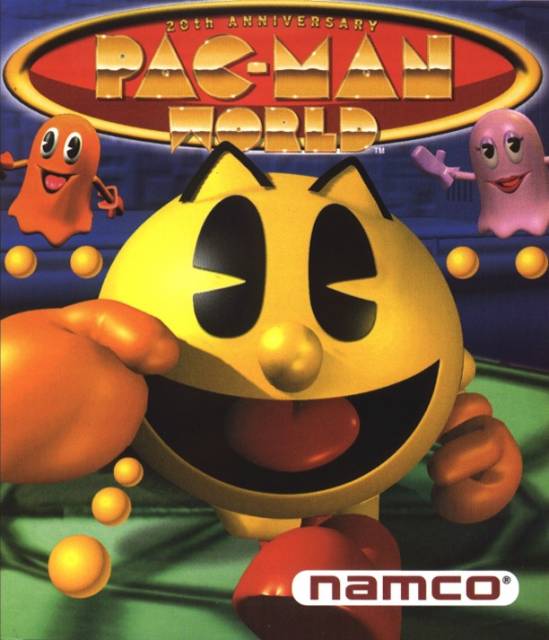