An action-adventure game in the Star Wars series from the studio behind the Titanfall series, following a Jedi Padawan who turns fugitive after escaping the Jedi Purge.

Star Wars Jedi: Fallen Order is a sci-fi third-person action-adventure game developed by Respawn and published by EA for the Xbox One, PlayStation 4, and PC on November 15, 2019.

The game was later ported to the Google Stadia.

Set in the Star Wars universe, Fallen Order is set five years after the events of the film Star Wars: Episode III - Revenge of the Sith and follows Cal Kestis (portrayed by actor Cameron Monaghan): a Jedi Padawan and scrapper who escaped hidden from the Great Jedi Purge only to become hunted by the Galactic Empire after accidentally revealing his powers. Together with droid companion BD-1, former Jedi Knight Cere Junda (portrayed by actress Debra Wilson), and Latero ship captain Greez Dritus, Cal must find a way to unlock a Jedi Vault containing the locations of Force-sensitive children in an effort to rebuild the Jedi Order. 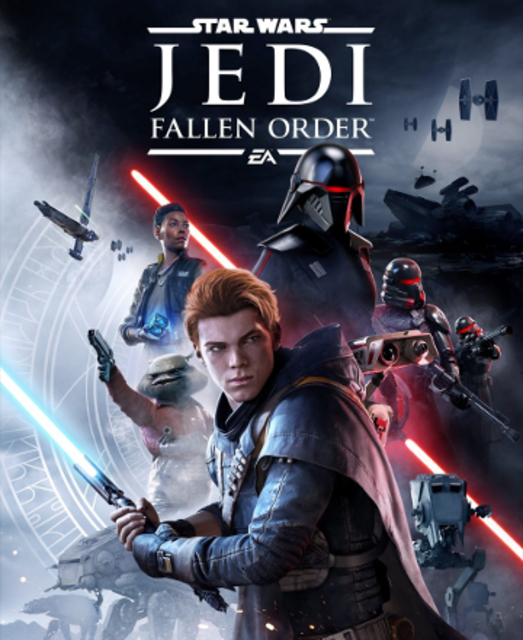