The first entry in the Hitman series has the player take control of Agent 47, who is expertly trained in the art of assassination. His missions take him to a variety of locations, targeting decadent criminals.

In Hitman: Codename 47, players take on the role as the titular hitman Agent 47. Using his superior fighting and sneaking skills, players must unravel what happened to him in the past, and who he is.

The game was praised for its richly detailed and vibrantly colored worlds, but criticized for frustrating control system and lack of mid-mission saves.

The objective for each level is to kill one or more assigned targets. This can always be done with stealth and without raising an alarm. Often the game gives players more than one way to achieve the objectives. The use of disguises are often required to gain entry to sealed off areas.

The story behind Hitman: Codename 47 is probably the most important part of it when looking at the ongoing franchise. It sets up the basis of who 47 is and who created him among other things.

The game starts with 47 waking up in a sterile looking area and being talked through an obstacle course by a man on a speaker system. This man is Dr. Otto Wolfgang Ort-Meyer, a doctor at a sanitarium in Romania (however the player does not realize this yet). He sets up a way for 47 to escape, making him think that he accomplished this feat on his own. A year later 47 is working for the International Contract Agency (The Agency), as a freelance assassin taking on lucrative and dangerous contracts. It is believed that Dr. Ort-Meyer had a hand in pulling some strings to get 47 into The Agency, as a test to see if 47 had what it really takes to be the super assassin he was designed to be.

During this time working for The Agency, 47 has already established a reputation for being one of the best assassins in the organization. Players go through several missions in the game, delivered to them by computer. Agent 47's contact in The Agency is called Diana Burnwood. There are always a few small missions setting up the big hit at the end of an "episode".

First 47 must assassinate Lee Hong, the head of the Red Dragon Triad. All these missions take place in Hong Kong. His next major target is Pablo Belisario Ochoa, a Colombian druglord. Next is an Austrian terrorist named Franz Fuchs followed by the gunrunner Arkadij Jegorov (aka Boris Ivanovich Duruska).

Throughout these missions players can collect various letters which their main targets sent to each other. In fact, it appears they were all members of the French Foreign Legion at the same time. All of the letters contain something about an experimental human, and they all seem to know a 'Professor' Ort-Meyer.

At the end of the final contract, Diana warns Agent 47 that something is amiss. All the previous hits were ordered from the same client. and this client has ordered one more hit on a Doctor Odon Kovacs, who so happens to work at a sanitarium in Romania. When 47 checks in, he learns that the mysterious voice from the start of the game is actually 'Professor' Ort-Meyer, as he calls in S.W.A.T. who start a search of the building for an intruder.

Once 47 kills his target, he must find a way deeper into the building. 47 finds help in Agent Smith (A recurring CIA agent in the Hitman franchise, which 47 comes into contact with in every game). Agent Smith tells him that there is a secret underground laboratory in the sanitarium. Here he finds an advanced lab, resulting in 47 finally discovering the truth about himself.

It becomes clear that 47 is a genetically engineered clone, who was derived from the DNA of the 4 criminal masterminds he was contracted to kill. Only one of these 'fathers' remains and that is Dr. Ort-Meyer. It is implied that Ort-Meyer put out the contracts on these men because they wanted the technology and clones he had been working on for their own purposes, which he obviously did not want.

When he reaches the lab, Ort-Meyer releases the next series of clones, the 48 series. These clones are more easily controllable and supposedly more efficient then 47. However 47 is superior to these mindless drones, dispatching them with a high powered mini-gun. He then gains access to the main lab in the back through a barcode scanner using one of the fallen 48's, where Dr. Ort-Meyer confronts him. He mistakes 47 for a 48 in the beginning, and so he has some time to decide what to do. Kill him, or let him be.

If 47 lets him be, he embraces and stuns him. This leads to the game starting over again. If 47 shoots him however, he will stumble back knocking over trays with a bullet wound to his stomach. 47 then walks up to him and kneels down behind him, with Ort-Meyers back leaning on his chest. Ort-Meyer says "I didn't even recognize my own son." To which 47 responds by snapping his neck.

Many of the missions in Hitman: Codename 47 are reinvented in Hitman: Contracts. This may have been done because of better technology at the time, and the fact that many people may have never played the first Hitman. The scene where 47 snaps Dr. Otto Wolfgang Ort-Meyer's neck is also reflected upon in Hitman: Blood Money, in a cutscene where “ Jack” Alexander Leland Cayne is explaining how 47 killed Dr. Ort-Meyer.

The so-called AMT "Silverballers" ( Hardballers) are his signature guns. In this game players can only use one at a time. Players can pick up two for some dual-wielding action, however it requires a bit of fiddling. To do this the player must drop one gun, wield the other then pick up the first gun.

This is a common pistol used by many characters in the game.

The desert eagle, "Deagle", is a common pistol in games. The Deagle is known for being very powerful.

A common German pistol used in the late 19th century and the 20th century.

A standard sub-machine gun, or SMG. This is a powerful weapon to have, but does not benefit players who wish to use stealth. 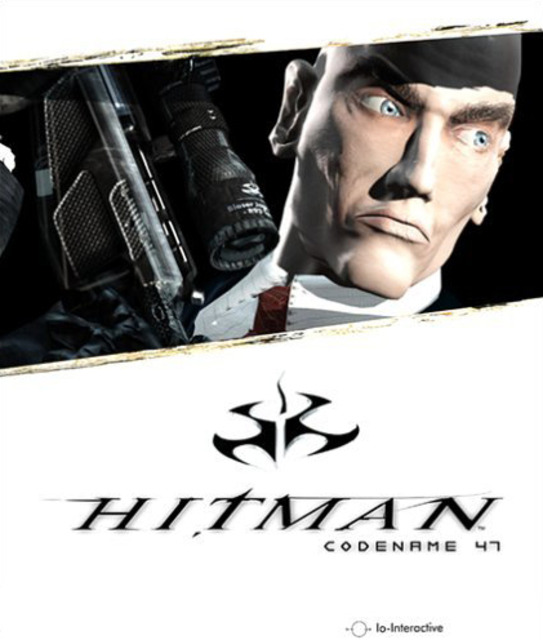