Take on the role of a wizard who can cast spells and summon creatures to fight for them in this real-time strategy hybrid played from a third-person perspective.

Sacrifice follows protagonist wizard Eldred (the player) along with his owl companion Zyzyx. After Eldred was appointed ruler of his homeworld (Jhera) his subjects began to hate him and vowed to tear his kingdom apart. Eldred summoned the demon Marduk using the power of Alchemy, to destroy his enemies. While Marduk did as Eldred commanded of him, he began to destroy Jhera, feeding off the world itself. With nowhere else to go Eldred and Zyzyx fled Jhera through the "Astral Void", which would take them into an unknown world.

Upon landing on this new world, you discover it is ruled by 5 different gods: Persephone - the goddess of Life, James - the god of earth, Stratos - The god of Air, Pyro - the god of fire, and Charnel - the god of death. You find the gods are waging a war between each other, and you may choose any god in which to help. Eventually you will lose touch with the gods you helped the least, and prepare for war. Later it becomes apparent that Marduk has followed you to this new world and plans to destroy it as well.

The narrative of the game is told through Eldred's recollection to a sage, thus when a game is loaded, Eldred says "Where was I?...oh! Yes." during the load screen, and when the player dies, Eldred remarks "Of course, that's not REALLY how it happened. Let me start over."

The game can be said to be a third-person action RTS with RPG elements, there is minimal base building and the only resource is your life, mana and the souls of slain creatures, which you use to create new creatures.

Each mission in the game is chosen from among the 5 gods, for every mission you undertake the god in question grants you 2 spells a creature summoning and an attack/defense spell. The nature of the spells are closely linked to the aspect of the chosen god, and as such you can mix and match a lot of different spells together. Eldred has 10 levels, and each time you start a new mission you gain a level and gets the corresponding creature and spell from the chosen god. As you progress through the campaign you can freely mix and match the different spells and creatures you've collected from the various gods to create a completely custom arsenal.

The gods are, from left to right, less good, Persephone being a crusading force of righteousness, smashing evil wherever it emerges, to Charnel, the god of ultimate destruction and death. As you progress after mission 4, the gods that represent the opposite end of the spectrum will be closed off to you and as you continue, other gods too will turn their backs. Eventually one side will offer you a mission in which you can switch sides.

There are only three structures in the game: Your alter, mana fonts and shrines. Your altar is your home base. It funnels a very small amount of mana to you, and is where creatures are sacrificed in order to kill you, or opposing wizards. It is also where souls of opposing creatures are taken to be converted into souls you can use.

Mana is acquired through "mana hoars," small creatures with crystals embedded in their heads that you summon to follow you. They have no offensive or defensive capabilities and have to be in close proximity to you to do anything, but what they do is funnel the mana from the "mana fountains" directly to you. Mana fonts on top of a fountain stop the flow to your enemies and increase it to you. You may also build a shrine on top of one which caps off the mana for all players and allows you to convert souls somewhere other than your home base.

Eldred: The main player's character in the campaign. In the world of Jhera, he served a promising warlord that he claims died far too young. After this warlord's death, Eldred inherited the throne- but suffered from not being as popular as the old warlord. Eldred's rivals eventually rose against him, forcing him to summon Marduk. This in turn led to the events that brought him to the world the campaign focuses on.

Zyzyx: An Imp that Eldred captured as a result of his research in demonic summoning rituals. Zyzyx provides a variety of gameplay tips throughout the game and information on the various other wizards and units you run into.

Marduk: A demon that Eldred summoned to dispatch his rivals back on Jhera. Marduk gave Eldred far more than he bargained for though- destroying not only Eldred's rivals, but Jhera as a whole. He now hunts Eldred in this new world, claiming that their bargain has not been completely fullfilled. He first arrives under the guise of 'Ashur' and begins gaining his own followers to ravage the land- including the centaur wizard Jadugarr.

Mithras: A sage who informed the gods of a prophecy of doom early in the campaign. He is the character Eldred is recalling his story with.

Persephone: Self-proclaimed goddess of justice and nature, Persephone may be a bit too opinionated for her own good. The other gods view her as immovable and even cruel to those who disagree with her, unwilling to make even the smallest concessions to her views.

James: God of the earth and wisdom, James is as level-headed and tolerant as a god can be. Though all the gods squabble and argue, he's the peacemaker who tries to focus everyone on possible threats to all their existences. He is usually ignored as being a fool and even a bit of a hillbilly.

Stratos: God of air and strategy, Stratos is the most deceptive and obtuse about his motivations until you are part of his inner-circle. He is a schemer who plays both sides against each other for his own greater gain, but can be over-confident about his own plans.

Pyro: God of fire and technology, Pyro is a pragmatic god who sees progress and practicality before all else, and the factories he's constructed in Persephone's forests give testament to his willingness to go to any lengths in the name of technological advancement.

Charnel: God of death and chaos, Charnel claims he isn't evil, he's just the natural way of things. All things fall to death and decay, and Charnel believes this is how things ought to be. He is extremely direct and believes there isn't a problem that extermination won't solve.

Many missions have hidden mini-quests, or alternate paths through the mission that can give the character a "boon" from another god. The boon usually takes the form of increased health or total mana. Some examples of this are: 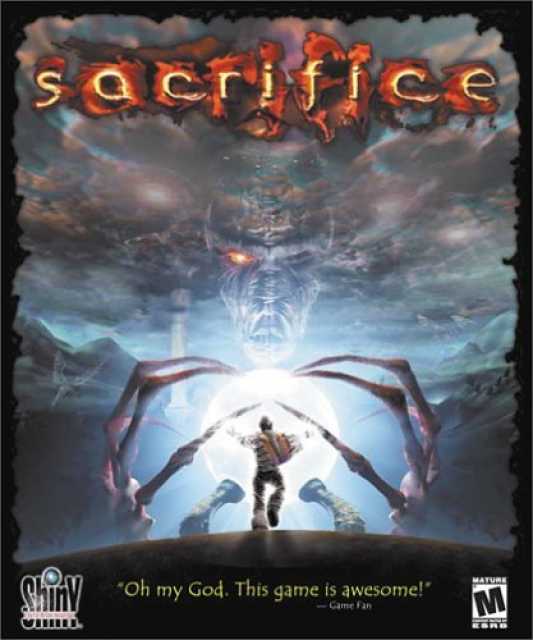