A deliberately-retro throwback game from the team behind Oniken and Odallus: The Dark Call, taking its inspiration from Konami's 16-bit Contra run-and-gun games.

Blazing Chrome is a 2D indie sci-fi run-and-gun action game developed by JoyMasher and published digitally by The Arcade Crew for the Xbox One, PlayStation 4, Nintendo Switch, and PC on July 11, 2019.

It is set in a post-apocalyptic future (circa 21XX), where an AI-controlled robot army conquers the world, leaving humanity to small teams of resistance fighters. Players guide either resistance fighter Mavra or her converted robot companion Doyle as they take on the robots behind enemy lines.

Along with two-player co-operative multiplayer, the game features a four-weapon selection system (reminiscent of Contra: Hard Corps), a companion unit system ("battlebots", reminiscent of the Gradius series), and a rideable mech system (similar to the Metal Slug series). 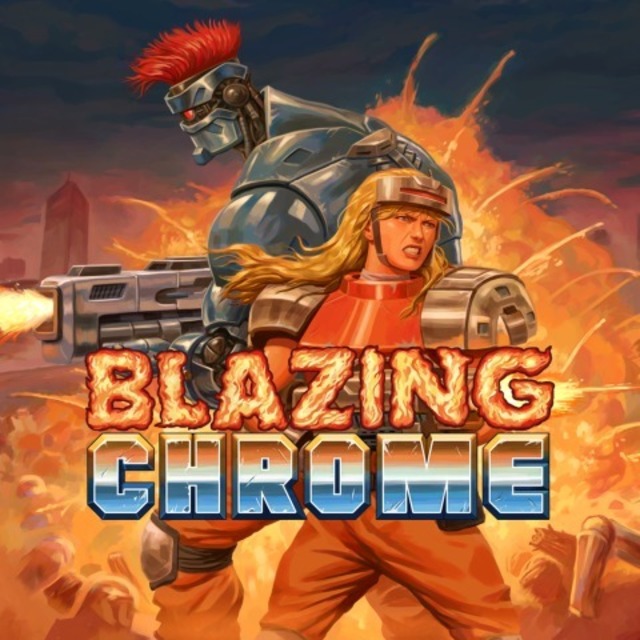