Fusing the frantic one-man-remains gameplay of battle royale games with the zombies and first-person parkour of Dying Light.

This game is a standalone DLC based on the Dying Light universe with first-person parkour returning as a key focus. The players who land in a quarantined zone filled with zombies all have the same goal in mind, to be to be evacuated as the lone survivor. However, in order to be accepted for extraction by the escape helicopter, they will need to acquire blood samples from the infected and perhaps even eliminate the competition by using weapons scavenged from the environment.

The smaller number of players (6 to 12 in earlier builds) has led to some questioning whether it counts as a battle royale game.

The game went into Early Access on Steam on 13 September 2018. 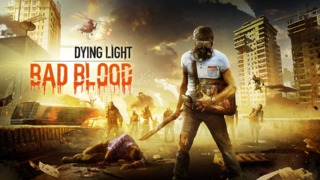