Halo Infinite follows the Master Chief as he scours the mysterious Zeta Halo, which was left war torn by The Banished, for a weapon to stop the plans of the rogue A.I. Cortana.

Halo Infinite is a sci-fi first-person shooter developed by 343 Industries and published by Xbox Game Studios for the Xbox Series X|S, Xbox One, and PC on December 8, 2021. Its multiplayer component was released as early access on November 15, 2021 and is free-to-play.

The ninth main installment of the Halo series (and the first developed specifically for the Xbox Series X|S and PC), Halo Infinite is the third game in the "Reclaimer Saga" and is considered a "spiritual reboot" of the franchise, bringing its aesthetics back to the roots of earlier games in the series. It also features a new game engine, known as Slipspace Engine.

The game's main campaign follows SPARTAN-II super-soldier Master Chief six months after the events of Halo 5: Guardians. After a conflict with a splinter Covenant group (known as The Banished, led by the Jiralhanae warmaster Atriox) left him floating lifelessly above Halo Installation 07 (or "Zeta Halo") for months, a recovered Master Chief must search Zeta Halo for a weapon that can stop that plans of the rogue AI Cortana and prevent the Banished from using the Halo ring themselves.

Unlike the previous two games in the "Reclaimer Saga", Halo Infinite does include the enemy Promethean faction, limits the amount of Forerunner weaponry, and limits the involvement of the UNSC Infinity. Several gameplay mechanics from Halo 5 were removed, including the use of multiple playable protagonists and Spartan squads, several Spartan Abilities (replaced with a return of the Equipment system), the Warzone game mode (and its Requisition system), and the Requisition Pack loot box system. Some features, such as campaign co-op and Forge, were added post-release.

It is the first mainline game in the series to include cross-platform multiplayer (both cross-play and cross-progression) and a seasonal "battle pass" system for unlocking cosmetics (although both features were previously added post-release in Halo: The Master Chief Collection). It is also the first game in the series to include an open world in the campaign, allowing players to partake in side-missions, and introduces 12v12 multiplayer.

Most Spartan Abilities make a return; however, the Thruster ability is now an Equipment item, and the Ground Pound, Charge, and Stabilizer abilities are removed.

Unless otherwise specified, weapons have a 1.40x zoom utilizing the Spartan's "smart-link" technology.

These weapons are more effective against shields and have a "charge", rather than ammunition. Instead of normal reloading, they can overheat with constant use (requiring players to vent the heat using the Reload button). Unlike in previous games in the series, Plasma Weapons can now refill their weapon charge from pickups.

These weapons reload small portions of their magazine at a time through "recharging", and can vaporize enemy corpses.

These weapons can temporarily disable vehicles with enough firepower and can also arc lightning into nearby enemies (making them useful against close-knitted groups).

The Equipment system from Halo 3 make a return, in which players have access to a limited-use accessory item they can use at-will.

The Active Camo and Overshield power-ups are no longer instant-use and is treated as equipment.

The game was originally released with 10 multiplayer maps (7 of which are small-scale for Arena and 3 of which are large-scale for Big Team Battles).

The game includes six standard game modes, one of which (Total Control) is new to the series. Similar to Halo 5: Guardians, teams are limited to teams of two (Eagle and Cobra).

In official 343 modes for matchmaking, there are multiple playlist variants, with the most common being:

By default, the game awards 1 point for each "slay". The amount of points can be changed, along with points (positive or negative) for "self-destruction", betrayal, assists, deaths, and slays with headshots, melee attacks, vehicular splatters, or plasma grenade "sticks".

A "kill the man with the ball" objective mode (in free-for-all or team scenarios) where players must find and maintain possession of the titular Oddball to score points. Players who hold an Oddball cannot use weapons or equipment, but they can melee enemies for bonus melee damage.

By default, the game scores 1 point per second while carrying the ball. The frequency can be changed, along with the initial skull spawn delay and whether or not the carrier can sprint.

A "king of the hill" objective mode where two teams must fight to maintain possession of a roaming marked area (known as the "Hill") to score points.

Unlike previous games in the series, the mode's default scoring system has a "banking" system, where each team has a gauge that fills up the longer they remain uncontested in the Hill. Once their Bank is full, they score a point, both Banks are reset, and the Hill is moved. This can be disabled for "legacy" scoring (where they earn points the longer they remain in the hill), with the number of points and the time interval changeable.

In addition, players can enable health, shield, damage, and movement multipliers (positive or negative) to those inside the Hill, and can have the Hill move to a different location at a specified interval.

The default variant has a 3-point score limit.

A "capture the flag" objective mode where two teams must fight to take possession of the opposing flag and bring it back to their team's flag zone to score points. Similar to Oddball, players who hold an enemy flag cannot use weapons, but they can melee enemies for bonus melee damage.

By default, the game awards 1 point for each capture (which can be changed). Additional options include whether-or-not to require the team's flag at home in order to score with another flag (default to "false"), whether or not to allow multiple flags per team (up to 3), and whether or not to allow the team's flag to be instantly returned by picking it up, rather than standing close to it for an amount of time (default to "false").

In addition, there are two alternate versions of the game mode:

An objective mode where two teams must take possession of multiple "Power Seeds" and bring them back to their team's marked area (or "Socket"). Once a team has five Seeds socketed, additional Seeds are spawned and that team scores a point.

The default variant has 3 points to win.

Originated in Halo 5: Guardians. Based on "Territories" from Halo 2.

A "domination" objective mode where two teams must capture and maintain possession of three zones located at different points throughout the battlefield.

By default, teams earn 1 point per second if they have possession of two zones, with 2 points if they possess all three zones. This can be changed to 1 point for each zone controlled, or to 1 point if they possess all three zones. Other options include the zone's capture time (which can be made faster with teammates present), having both teams start with their closest zone controlled (default is "on"), whether contesting the point pauses scoring (default is "on"), and whether enemies need to contest in greater number (default is "off").

The default variants has 200 points to win.

A "domination" objective mode (similar to Strongholds) where two teams must attempt to capture and possess all three zones, located at different points throughout the battlefield, at once in order to score (at which the zones are moved).

The default variant has 3 points to win.

Slayer with a twist: each team has a limited amount of shared respawns. The last team standing wins.

By default, the game is round-based (with best-of-three) and each team has eight shared Team Respawns. Players who cannot respawn can be revived by their teammates by interacting with their AI Revive Orb for three seconds. When both teams' respawn count is depleted, a shrinking "danger zone" is formed that eliminates players outside of it (similar to battle royale games).

Customizable options include allowing the team's respawn count to accumulate with slays, changing the revive time (or disable it altogether), delay the Danger Zone shrinkage (or disable it altogether), or enable a "capture zone" that automatically wins the round for the team that captures it (with the zone's spawn time, activation time, and capture time customizable).

A "domination" objective mode (similar to Strongholds) where two teams must capture zones located at different points throughout the battlefield, scoring a point for each capture and removing that zone from play. Once all three zones are captured, three additional zones are spawned after a short intermission period.

By default, the game includes three zones at a time (less if teams are one point away from winning), it takes 12 seconds to capture a zone, and teams must score 11 points to win the match.

Customizable options including changing the number of zones (and the close-to-winning rule), the capture time, and the intermission times. 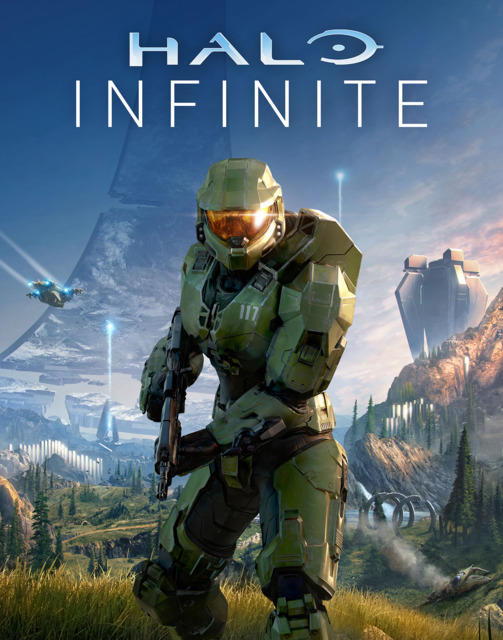