Ehrgeiz: God Bless the Ring is a 3D arena fighting game developed by DreamFactory and released by Namco (in conjunction with Square) for arcades (running the PS1-based Namco System 12 hardware) in 1997.

Similar to DreamFactory's earlier Tobal series, Ehrgeiz focuses on free-roaming movement in an enclosed arena of various sizes (including battlefields with interactive objects and multiple elevations). The game is known for the inclusion of guest characters from Square's recently-released JRPG Final Fantasy VII (Cloud and Tifa) as mid-bosses.

The story involves a mysterious broken sword (known as EHRGEIZ) that was crafted from an unknown material. For 50 years, the sword is presented (similar to a championship belt) to the winner of a tournament to determine the world's strongest martial artist. When the secret "Red Scorpion" organization uncovers a Middle Eastern ruin that requires a special key to open, it is believed that EHRGEIZ is the secret to unlocking it.

It was later ported to the Sony PlayStation (and released by Square) in Japan (on December 17, 1998), North America (on April 30, 1999), and Europe (on February 8, 2000). Along with six new characters (four of which are also guest characters from Final Fantasy VII) and new game modes, this port also includes a sequel to the action-RPG Quest Mode found in the Tobal games (titled "Brand New Quest: The Forsaken Dungeon"). It was later digitally re-released by Square Enix for the PlayStation Network (supported on the PlayStation 3, PlayStation Portable, and PlayStation Vita) exclusively in Japan on July 9, 2008.

Evolving from the free roaming combat of Tobal 2, Ehrgeiz places additional emphasis on allowing characters to more fully explore and exploit the environments. Among other options, it's possible for characters to pick up weapons, throw crates, attack from elevated positions and trap opponents against pieces of the scenery in order to subdue them.

While other fighting games tend to have some form of dash function (normally via double tapping in a direction), characters within Ehrgeiz will sprint by default in any of the eight directions. Blocking is similar to that of Tekken, where normal attacks will be blocked if the stick is left in the neutral position (no direction is being pressed). Special attacks are executed by pressing the "special" button, though usage is governed by a gauge which, when depleted offers an alternate special attack. Other tactical options available are quick recoveries, interrupts, counters and wall attacks.

The base game includes eight playable characters from the start, with three boss characters (that are automatically unlocked for play after a certain amount of playtime on the arcade board) and one bonus boss opponent (fought in the credits). The game's two mid-bosses are guest characters from Square's JRPG Final Fantasy VII.

The PS1 version adds six additional characters (five of whom must be unlocked by game completion) while unlocking the two mid-bosses form the start. Four of the new characters are also guests from Final Fantasy VII.

The stages in Ehrgeiz are compact, enclosed areas, frequently with multiple elevation tiers on which the combat could take place. Within the game, these stages are known as, "fields", a shorthand form of, "battlefields". There were 11 of these fields included in the game.

Fields with a single tier

Interactivity with the fields was basic and reminiscent to that of an earlier version of the later released Power Stone. While weaponry and simple objects were strewn about the area, no field-altering actions could take place and actions were limited to primarily throwing said objects at each other.

Quest Mode is an evolution of the rogue-like, randomly generated dungeon crawling RPG mode from Tobal 2. You select between either Koji Masuda or Clair Andrews and explore the 21 floors of the Forsaken Dungeon in search of artifacts and treasure.

Outside of the dungeon is a town where the player can buy additional items, armor and weapons, talk with townsfolk, and repair your gear. The inactive character is left at the inn and once the player dies, they assume control of them. Once the player finds their corpse and regains their lost items and "spirit", they can once again switch back to the previous character (if desired).

Weapons and armor throughout the quest will sometimes be protected by a certain guardian force. When one of these pieces of gear are equipped, they provide the player with bonuses to traits and skills specific to each guardian. For example, Zeus would give a bonus to Max Hit Points and Defense while Gaia gives bonuses to everything with the exception of Max Hit Points.

A common complaint of the Quest Mode is that while it's possible to save anywhere, it costs the player money to save their game. Initially the cost is low, but it gradually increases in price calculated as the highest character's level multiplied by ten. 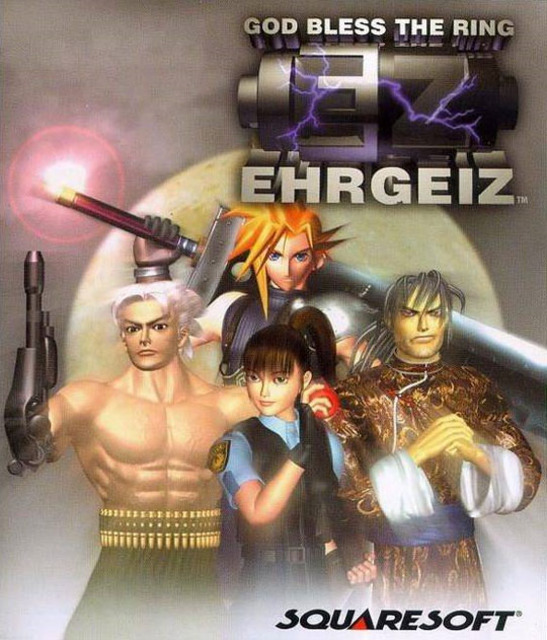