Known in Japan as "Shin Combat Choro Q", Seek and Destroy is a tank combat game in which the world of "Quewar" is populated not by people, but by tanks.
PlayStation 2 PlayStation Network (PS3)

Seek and Destroy (known in Japan as Shin Combat Choro Q) is a third-person tank combat game developed by Barnhouse Effect and published for the PlayStation 2 in Japan (by Takara on June 27, 2002), North America (by Conspiracy Entertainment on December 11, 2002), and in Europe (by Play It on January 24, 2003).

The sequel to the 1999 Japanese-exclusive PS1 game Combat Choro Q (itself a spin-off of the Choro Q series of racing games, itself based on Takara's line of miniature toy cars), Seek and Destroy follows a customizable tank in the world of Quewar (which is inhabited by tanks). The story follows the Proton military as they struggle to repel an invasion by the mighty Q-Stein. 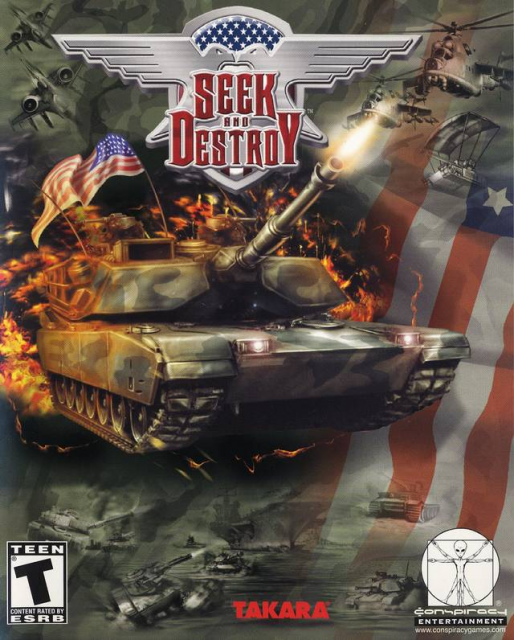