A unique indie "survival" shoot-'em-up where players aim to "chain" enemy explosions together while avoiding the enemy pile-up behind them.
Xbox 360 Games Store

Chain Crusher is an indie 2D sci-fi survival side-scrolling shoot-'em-up developed and published digitally by Mindware for the Xbox 360 (as an Xbox Live Indie Game title) on August 31, 2011.

Unlike traditional shoot-'em-ups, Chain Crusher is played in short one-life bursts as players aim to eliminate waves of enemy spacecraft with their space fighter "Chain Crusher". Their slow-firing weapon is unique as it knocks them back (making it dangerous to fire close to obstacles on their left, mainly the electrical field). Players earn bonus points for "chaining" enemy explosions (where enemies explode by running into other exploding enemies).

One unique aspect of the game is the electrical field on the left side of the screen, as enemies who fly past the player become immobilized when they either hit the field itself or another immobilized enemy. As more enemies are stacked together, the player's movement becomes more difficult (as bumping into an immobile enemy still defeats the player). 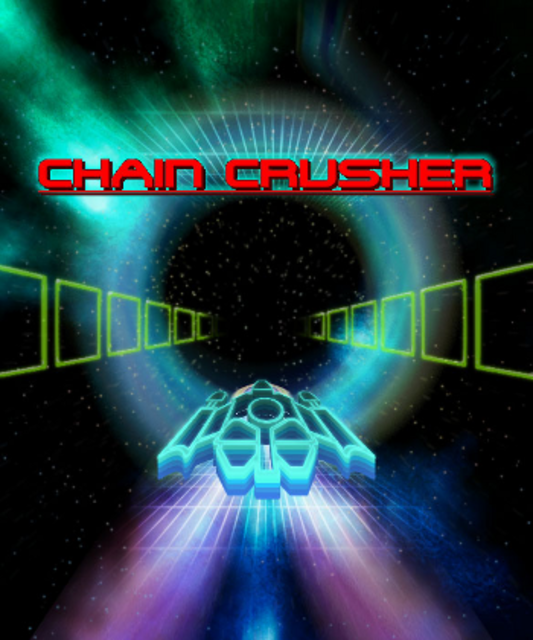