A sci-fi horizontal-scrolling shoot 'em up developed for arcades by Aicom that is heavily inspired by the R-Type series. It's also known for its use of pre-rendered 3D graphics.

Pulstar (not to be confused with the 2014 twin-stick shooter of the same name) is a sci-fi side-scrolling shoot 'em up developed by Aicom and released by SNK for arcades (running Neo Geo MVS hardware) on August 28, 1995.

The last arcade game developed by Aicom (before they became Yumekobo), Pulstar plays heavily similar to the R-Type series. Players control a futuristic spacecraft that can gain upgrades and various satellites to boost their offensive and defensive power. Unlike most games in the genre at the time, the game features the traditional checkpoint system and two-player alternate play.

The game was released for the Neo Geo AES (exclusively in Japan) on November 29, 1995 and ported to the Neo Geo CD on October 27, 1995. It later received an updated sequel, titled Blazing Star.

It was included in some Humble NEO GEO Bundles starting in late 2015 for the PC, Mac, and Linux (both downloadable, with ROMs included, and on modern browsers). 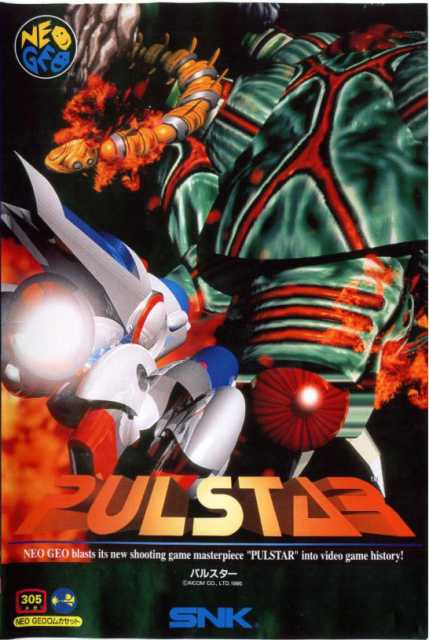