A mahjong solitaire game with some gameplay mechanics from the Puzz Loop, Luxor, and Zuma series of puzzle games.
PlayStation Portable Nintendo DS

Liong: The Dragon Dance is a mahjong solitaire game developed and released by AlwaysNeat for online browsers on August 27, 2007.

Similar to traditional mahjong solitaire, Liong has players clearing mahjong tiles from a multi-layer tile formation by matching pairs. However, players can now only match one tile from the formation with one tile visible on the screen in the player's "Liong" (a long-winding figure resembling a Chinese dragon, based on the real-life "dragon dance"). Similar to the Puzz Loop, Luxor, and Zuma series, the Liong moves along a set path and causes the player to lose once it reaches its goal.

It was later ported (under the title Dragon Dance) by Success for arcades (using PC-based Skonec SkoPro hardware) in Japan on late 2008, and for both the Nintendo DS and PlayStation Portable in Japan on February 26, 2009. The arcade version was later released digitally for PC-based Taito Type X² systems (using the NESiCAxLive service) on April 27, 2011. 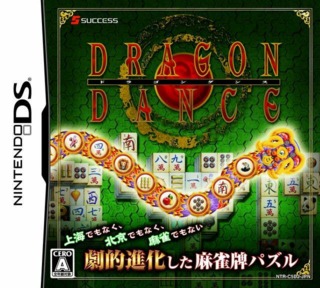