Tactical Ops is a Counter-Terrorist game in the same vein as Counter-Strike, with slightly less realistic damage and physics. Originating as a total conversion for Unreal Tournament, it became a standalone game a couple of years after its initial incarnation.

Tactical Ops is a counter-terrorist first-person shooter, similar to Counter-Strike, based on Unreal Engine 1. It originated as a mod called S.W.A.T. for Unreal Tournament although it quickly became Tactical Ops, and remained a mod until version 3.32, when it was released by MicroProse as a retail game.

The game carries much from Counter-Strike, although it is somewhat less realistic than it. Game modes are nearly identical but are not indicated on the map prefix (all maps are prefixed with "TO"). The game itself is round based, with a short buying period at the start of a round, then a few minutes to either complete objectives or to eliminate opposing players. Players gain money by killing the enemy, picking up money bundles from fallen enemies, picking up 'evidence' in some maps then surviving to the end of the round with it, and winning.

Game modes were unnamed but included a bomb plant and defend mode, hostage rescue, and sometimes other objectives such as TO-CIA's objective of defeating security then hacking the building's mainframe computer, or TO-Getaway's objective of the Terrorists escaping from the map without being stopped (killed) by Special Forces.

The buy period gives the player a short time to purchase weapons and body armor with the money he's earned, as well as ammunition. Weapons may also be sold back at a loss, although players can profit from this by picking up enemy weapons and selling them during the next buy period. Only one weapon may be carried from each column simultaneously.

Bunny hopping is prevalent in the game as no real attempt was ever made to tone it down. Therefore there is no speed penalty or decreased jump height for jumps in rapid succession, and it's not unusual to see an entire team bunny hopping.

Weapons take a large number of hits to kill, although there are still powerful weapons available, such as the Parker Hale 85 (comparable to the AWP in Counter-Strike), the M60, and the M4A2M203 with an extremely powerful M203 grenade launcher. The latter two are almost always considered overpowered and many servers restrict their use until the final round. Some weapons have alternate firing modes, allowing for more controlled fire if necessary, and alternate laser sights, which makes the weapon more accurate at the expense of giving away the point they are aiming at.

Because this is based on Unreal Tournament, making it relatively easy to modify, there are sometimes servers with weapon mutators that reinstate weapons from old versions of the mod (such as the Steyr AUG) or add weapons, such as the tear gas grenade and gas mask.
Counter-Strike: Source Black Powder | Red Earth Global Operations Counter-Strike: Condition Zero No One Lives Forever 2: A Spy in H.A.R.M.'s Way Far Cry Modern Combat: Domination New World Order 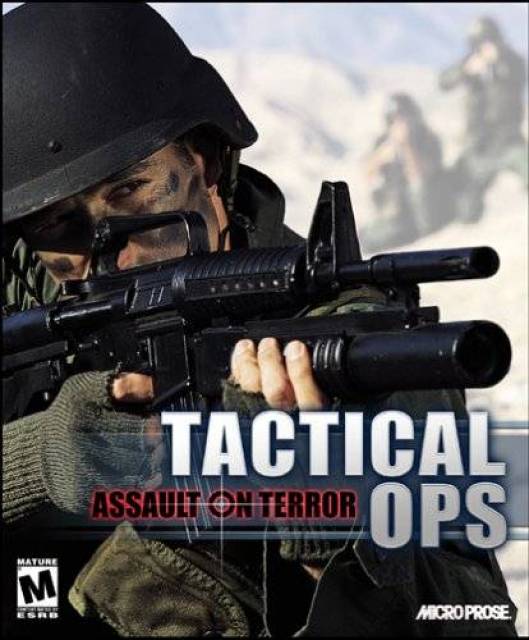