Black is a first-person shooter developed by Criterion games and published by Electronic Arts for the PS2 and Xbox in February in 2006. The game was known at the time for its focus on big, detailed guns, destructible environments and Hollywood style over-the-top action. Although the game was then largely criticized as a glorified tech demo with little to no extra content. The game's main story only lasted about 4 hours and featured no multiplayer at all. The game's four years in development are somewhat lost in translation. However, the engine Black uses is rather powerful, and featured some of the best weapon effects ever seen in a shooter.

The gameplay is simple: Make your way from point A to point B, completing various primary and secondary objectives, while shooting everything that moves (and everything that doesn't move, too).

The primary objectives consist of either getting to a certain area, destroying a certain object or structure, or simply vanquishing all the enemy soldiers within a room. While the secondary objectives task you with finding various files and such spread throughout the level.

The Guns are considered the stars of the game, and they are all extremely powerful. So each one was always a blast to use.

The game's story is told through Full Motion Video cut scenes showing the CIA interrogation of a soldier Jack Kellar, the gameplay sections act as flashbacks to the story that Jack is telling.

Mission 1: Jack’s story begins 4 days earlier with his Black ops team assaulting a city stronghold in Veblensk, which is controlled by the terrorist group Seventh Wave. Jack manages to kill three leading members of the cell and then learns that a former CIA operative William Lennox has become the leader of Seventh Wave.

Mission 2: Jack has to cross the border into Treneska through a border guard of seventh wave soldiers, after crossing the border he has to rendezvous with the leader of black ops team bravo MacCarver in a farmhouse. Seventh Wave attack the farm house but Jack survives and groups up with MacCarver.

Mission 3: Jack and MacCarver begin a mission to destroy an arms factory in Naszran in this first part they have to cross through a graveyard and town both heavly defended.

Mission 4: Jack and MacCarver make it to the iron foundry and destroy this to dampen Seventh Wave’s arms manufacture capability. They then meet up with another black operative called Solomon.

Mission 5: Jack now discovers the location of another Seventh Wave leader Valencio who is hiding in an abandoned asylum. Jack captures Valencio and tortures him for information on Lennox.

Mission 6: Based on the information gathered from Valencio the Black operatives track Lennox down to a dockyard in Vratska, Lennox however manages to escape and the team begin their pursuit.

Mission 7: Lennox is held up in an abandoned gulag and the team must cross a suspension bridge defended by Seventh Wave soldiers the team manage to make their way across and enter the gulag.

Mission 8: Jack enters the gulag alone while Solomon and MacCarver secure the perimeter, following a surface battle Jack uncovers an underground bunker system and after a long fight believes that Lennox has been killed.

Epilogue: Following the retelling of this story it is revealed to Jack that the CIA had known about Lennox’s true allegiance to seventh wave but despite Jack’s efforts Lennox is not dead. Jack is told that he will be given cover so he can continue his pursuit.

The music of Black was mainly composed by Chris Tilton. He created the main theme of the game with Michael Giacchino. 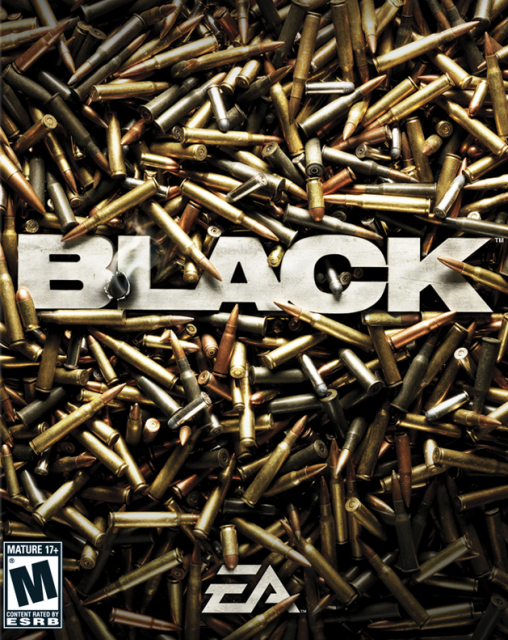