Metal Slug 2 sees Marco Rossi once again do battle to save the world from the evil General Morden and a mysterious foe from above.

Released in 1998 for the MVS arcade platform, Metal Slug 2 is the sequel to the popular Metal Slug game. It is the second game in the franchise. It was later released as a part of the Metal Slug Anthology collection.

Following the events that took place in Metal Slug, the story starts with the return of General Morden to the Rebellion army; now more than ever, the General wants to conquer the world. Once again, Marco and his squad reunite to fight their antagonist. This time around the squad gets two new members, Eri Kasamoto and Fiolina Germi. Both of them were part of the Sparrows Intelligence Unit.

As the story develops players found the General Morden has forged an alliance with an alien race, this coalition will help the General take over the world faster, as he has better weapons. Morden’s plans come to a halt when he is betrayed by the Martians, this leads to an unplanned alliance with the Peregrine Falcon squad –Marco’s squad-- to fight against the greater alien menace.

New weapons were introduced in Metal Slug 2. The laser gun being one of them, which lets the player kill a whole infantry line with just one shot. Players are also able to use Fire Bombs which are used against mummies.

New vehicles were introduced such as: The Camel Slug which is a camel with a Vulcan cannon mounted onto its back and a jet fighter dubbed as the Slug Flyer. It can target and fire powerful air-to-air missiles; it also has a Vulcan Cannon designed to fire upon forward targets.

The game introduced the ability to transform into different character variants during the course of the game. The first variant is a mummy transformation during the course of the second mission. Players transform into a mummy if they get hit by the purple tinged mummy discharges or by bats which drop potions. When mummified players drastically loose speed, also their weapons and movements are affected; they only hold a pistol which fires half as fast as normal; their knife is also lost when mummified.

If players get hit again by the purple goo they will die. Antidotes are scattered and hidden throughout the level, some enemies will also drop them. The antidote restores the player to human form.

Becoming a mummy isn’t the only new ability; players can also become obese. This is achieved by getting many food items. Once the player has collected sufficient food an announcer will yell "Uh-oh, big!"; after this happens the character transforms into a fatter version. Once again movements are drastically affected and speed is slowed, however special weapons attacks are modified: the knife changes to a fork or belt whip if the character is sitting, the current weapon also changes as it is replaced with a larger one which also shoots larger bullets. Players can return to their original sizes if they pick up diet-powder canisters; if they fail to find these canisters the player dies. 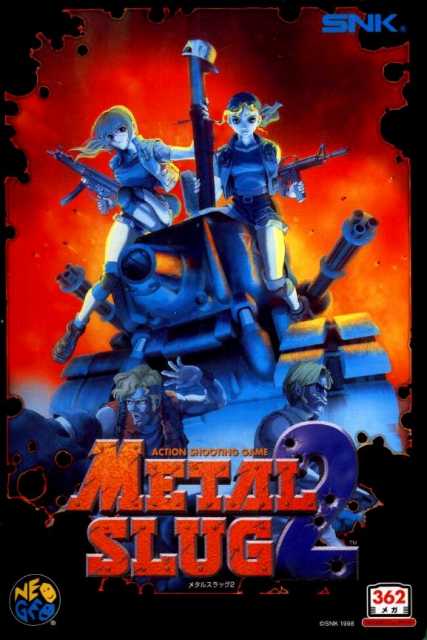