This is the 3D version of Metal Slug, confusingly called Metal Slug.
PlayStation 2

This was SNK's attempt to recreate Metal Slug into 3D. They decided to directly port the art style and gameplay into 3D. Making each level play out just like older arcade games but now you can run around different environments shooting solders. A more obvious plot has been included with cut scenes interspaced between missions. The gist of it is that General Modern is working with a evil corporation to take over the world. Only Tarma, Eri, Marco and Fio can stop his nefarious scheme once again.

Shooting things is still the main goal of this series. With it now being in 3D a lock on system has been included to make it easy to attack weak points on bosses. The usual arsenal of heavy machine guns and rocket launchers can be obtained. Although I should mention that some weapons don't have a lock on making it much harder to aim them. Along with rescuing P.O.W. throughout each level which would then give the player help in the form of items.

The main new additions to this release were in the form of a bunch of customization options. Each character now has different stats that can be upgraded. The different stats let the player upgrade the amount accuracy and damage weapons can cause. Along with boosting their overall heath. Depending on the grade that is given at the end of each mission more medals will be given out that would then let the player upgrade the previously mentioned stats. 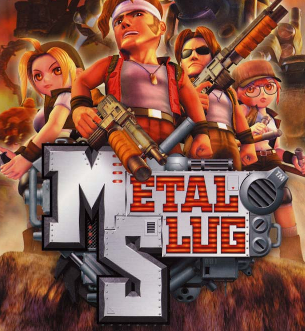