The Immortal is an isometric adventure game which puts you in the shoes of an apprentice wizard who sets out to rescue his old mentor from a trap-filled dungeon.

The Immortal, sometimes known as Will Harvey's The Immortal, is an isometric action-adventure game with an emphasis on puzzle-solving, exploration, and combat. The player is an unnamed apprentice of the great wizard Mordamir, and is tasked with rescuing him from the depths of a dungeon filled with traps.

The game was first released on the Apple IIgs platform before moving to other computer platforms as well as the Nintendo Entertainment System and Sega Genesis/Mega Drive.

The game follows an apprentice who discovers a message in a puff of smoke from an enchanted candle from the Wizard Mordamir who is trapped in the dungeon far below and counting on Dunric to save him. Continuing further in the dungeon, the apprentice encounters goblins, trolls, and all manner of traps and monsters. While sleeping on straw, he dreams of an ancient city a thousand years old with water and young people everywhere. On his way through the dungeon he frees Ana, Dunric's daughter. Then the apprentice learns that the ancient city was a place where waters from the Fountain of Youth would flow from goblins who ask for his help in distracting The Norlac, a sort of water monster, in the canals below. Through another dream, he learns of an ancient peaceful civilization of dragons guarding the Fountain of Youth. Using his wits, the apprentice tricks the monster into falling into a whirlpool, but then he also is sucked in. Barely surviving the event, the wizard presses forth and has another dream. This time it's about the ancient city's council members and wizards gathering together and planning a siege, and then flashes of battles between wizards and dragons. By now he is nearing the bottom of the dungeon, and at the bottom he discovers one dragon survived the war.

The Immortal has a lot of item-based puzzle solving, lots of deadly enemy encounters, tons of traps, and requires patience to survive. At times the game is unforgiving, wherein if you use items before they're required or in the wrong place the game will make it impossible to proceed. Sometimes the traps will be inanely difficult to proceed through, such as the infamous "Worm Room". Thankfully each level is short, so if you survive through it all you can record the "certificate" (what The Immortal calls its passwords) and continue playing another time. Combat in this game is either about entirely avoiding enemies, or going to a combat screen where the idea is to dodge until you build up your stamina and then start slashing the enemies to bits with your sword. There are several spell scrolls to pick up, and at one point even a magic spellbook that allows you to cast a minor fireball spell infinitely. The game also has certain points where you can float around to avoid the giant worms and tiny spiders such as the magic carpet and the levitation spell. This mechanic feels the same each time, as it's almost like controlling a car that can constantly accelerate, but the controls are quite horrendous and it's hard to survive these segments, as well as the one later in the game with the creature in the water canals while riding a barrel.

The game has a few alternate endings with minor detail differences, based upon actions earlier in the game.

In "The Immortal", there are so many ways to die, and many ways to kill. When fighting goblins and trolls, the apprentice can decapitate them, slice them in half at the waist, and from the head to the groin, make their heads explode, cause them to turn to ashes, and skin them alive. The apprentice himself can be consumed by slimes, body slammed and eaten by giant worms that burst through the ground, fall through trap doors, get stepped on during a shrink spell, use an amulet that causes him to die instantly, fed upon by a giant Queen Spider, and can be eaten alive by hundreds of tiny spiders.

The sixth level of the game only appears in certain versions of the title. It features the giant spider Queen and the tiny spider sacks that when touched will overwhelm the apprentice with dozens of spiders that eat him alive. The level also features a brief portion where the wizard can acquire some alcohol, and either drink it or use it to solve a puzzle. Drinking the alcohol would actually intoxicate the player, and make every direction the apprentice would walk in completely random. 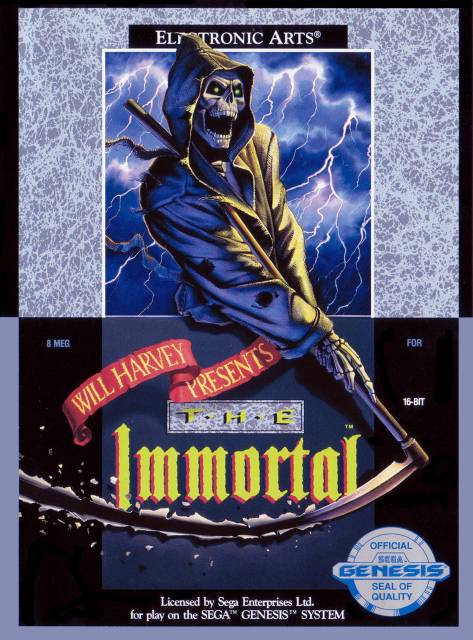