The city of Jobe is located above Rubi-Ka. It is broken down into 4 sections, The main platform, The Market, The Harbor, and The Plaza. Each Section has a portal to either Elysium or Nascence. In the Jobe Market IPS building, you can find the inventor Arul Saba. He will sell you some of the components to make the damage adding Arul Saba Bracers.

The Shadowlands are broken down into 7 playfields. Nascence, Elysium, Scheol, Adonis, Penumbra, Inferno, and Pandemonium. Each having a different theme, be it fire, snow, water. As you progress through the different each has slightly higher level monsters than the last, Nascence being the lowest, and Pandemonium being the highest.
Anarchy Online: Alien Invasion Warhammer Online: Age of Reckoning Fiesta World of Warcraft: Cataclysm 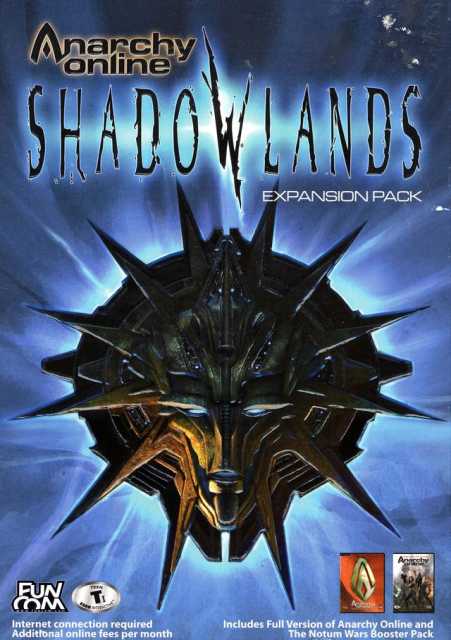