In Rascal, you must take control of young Callum Clockwise in his quest to rescue his father from the evil time traveler Chronos.

Rascal is a third-person, 3D platformer for the Sony Playstation. You play as Callum Clockwise, a boy who must rescue his father from the clutches of Chronos. Armed with a bubble-blowing gun, you must take on Chronos' minions as you travel through 18 stages in six different worlds. Before release Rascal was hyped up to be the PlayStation's answer to Mario 64, upon release however the game was poorly received and reviewed, mainly due to its high level of difficulty, compounded by an extremely frustrating camera and poor controls. 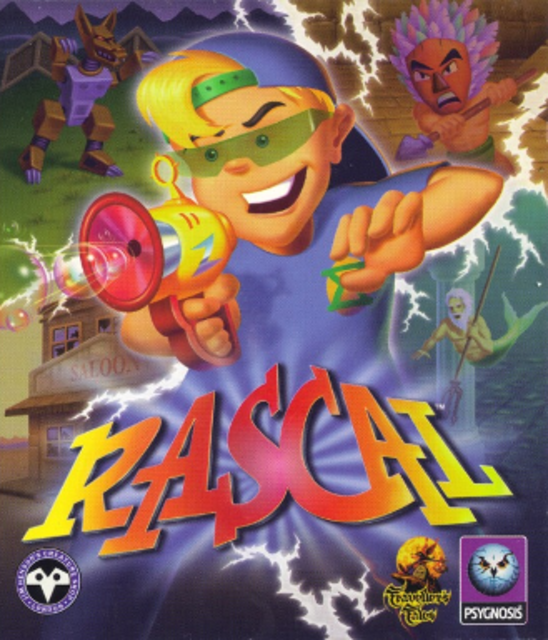