Metal Gear Solid: The Twin Snakes is the 2004 remake of Metal Gear Solid developed by Silicon Knights of Eternal Darkness fame as part of a special partnership between Nintendo, Konami, and Silicon Knights. The game uses the levels and story of Metal Gear Solid and reworks the gameplay to include elements that were introduced in Metal Gear Solid 2: Sons of Liberty. Portions of the script were retranslated, as well, and all of the game's voicework was re-recorded. According to various sources, David Hayter (the voice of Solid Snake) used half of his paycheck to bring the original actors back to reprise their respective roles. The Ninja however, was voiced by Rob Paulsen instead of Greg Eagles. The Twin Snakes was the last game developed by Silicon Knights as a Nintendo studio.

The game stars Solid Snake investigating the nuclear disposal facility which had been taken over by FOXHOUND, a special ops unit led by Snake's brother Liquid Snake. He enters from an underwater entrance and then sneaks past the guards and onto the ground level of the facility on Shadow Moses Island. He proceeds throughout the game by sneaking past enemies and, when necessary, by engaging them in gun fights. He then talks to the DARPA Chief who has been imprisoned and finds out about a nuclear bipedal tank called Metal Gear REX. Early on he encounters the niece of his CO, Col. Campbell, Meryl Silverburgh. Shortly after he encounters the first boss battle with gunslinger Revolver Ocelot. Then a Cyborg Ninja comes in and cuts off Ocelot's right arm.

He runs away to recover after the ninja leaves in a crazed state. He then talks to the head of the fictional weapons company called ARMS Tech. He learns that there are keys needed to stop the Metal Gear from launching its nukes. He then calls Meryl via the codec found on the back of the game box and he heads outside where he fights a tank driven by FOXHOUND's Vulcan Raven. Snake fights the Cyborg Ninja who reveals himself to be Gray Fox and then befriends Hal Emmerich aka Otacon. Soon after they both meet up and head towards Metal Gear's location. They encounter Psycho Mantis of FOXHOUND in one of gaming's greatest boss battles. Afterward, Meryl in incapacitated by FOXHOUND's sniper, Sniper Wolf which leads to a duel between her and Snake. Snake is then incapacitated and brought to the torture chamber where the player has to resist electric shocks administered by Revolver Ocelot. In order to do that the player to resist they must mash on the action button. This is where the ending of the game is determined. If Snake resists it leads to the Meryl ending. If Snake surrenders to the torture it leads to the Otacon ending. Snake then goes to fight Sniper Wolf, but this time she dies. After that Snake fights off Liquid who is in control of a Hind D helicopter. After that Snake sets off toward the underground base were Metal Gear Rex is contained. On the way Snake fights Vulcan Raven again, without the tank.

After Snake defeats him he makes it to Metal Gear Rex and learns the that instead of having three seperate key cards, the card was sensitive to heat and would change shape when exposed to heat and cold. Snake uses the key card in each terminal. To his surprise this activiated REX and Liquid exposes that Snake was being used to activate REX. Snake then fights REX by shooting it's radar with stinger missiles. Gray Fox then appears to aid Snake in destroying the radar. This makes Liquid exposes his cockpit allowing Snake to fire at him with missiles. After Snake destroys REX the explosion throws Snake into the wall with enough force to cause him to pass out. When Snake comes to it eventually climaxes into a fist fight between the two brothers resulting in Solid Snake's victory. Liquid dies after a vehicle chase from the FOXDIE virus which was responsible for the deaths of both Decoy Octopus, who was disguised as the DARPA chief and the ARMS Tech president.

After the credits a phone conversation is heard between Revolver Ocelot, the only survivor of FOXHOUND, and a mysterious person. The person is later to be revealed as George Sears, the President of the United States, and the third clone of Big Boss whose nickname is Solidus Snake.

The Twin Snakes boasted many changes from the original game, including:

For the most part, The Twin Snakes was openly accepted by fans. Many believe that it captured the story and atmosphere of the original, but also introduced necessary improvements which made the game more accessible. However, the new gameplay elements have been deemed as unnecessary by some. The level design of The Twin Snakes is practically unchanged from the original Metal Gear Solid which makes the new control scheme seem almost out of place. It has also been stated this new introduction makes them game too straightforward, and practically ruins many of the once challenging battles.

The Twin Snakes also received some negative feedback regarding changes to the script and cutscenes. Seemingly unnecessary small changes to the script and voice acting were jarring to fans and the new over-the-top cut scenes were felt to detract from the experience for some. The cutscenes were also criticized for its heavy use of the bullet-time effect, which many people felt to be too excessive and felt like it was trying to be the next Matrix movie. For this reason, many fans of the original still prefer to play the PlayStation version. 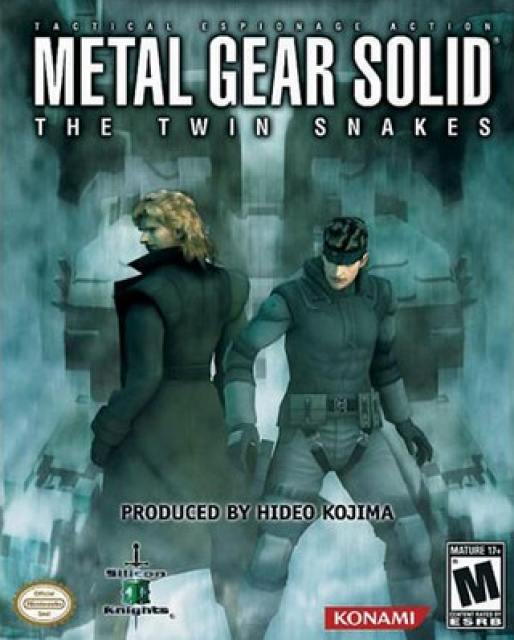