Command & Conquer: Sole Survivor is an early, online multiplayer-only action-strategy game developed by Westwood Studios, and based on the original Command and Conquer.

This online multiplayer-only spinoff of the original Command & Conquer, released in 1997, was a drastic departure from the gameplay of its predecessor in that the player was limited to only one unit under his control during the course of a game. The objective of the game was to destroy your opponent' units by moving your unit around the map while picking up powerup crates.  These crates provided a random ability upgrade to your unit such as a health refill, armor upgrade, increased firepower, or increased speed.  These crates were placed at random positions around the map.  Picking up more powerup crates would result in a better unit to fight your enemies'.

Among the gameplay problems that critics spotted in Sole Survivor was the ability to play as any unit featured in the original Command & Conquer.  A player picking the mammoth tank would be hampered by its very slow speed and consequently wouldn't be able to pick up many powerup crates.  This was somewhat offset by the tank's ability to stay alive longer in the early game.  If  a small attack bike was chosen as the player's unit then he would be able to move extremely fast, but weak armor was a constant worry.  The freedom to choose any unit resulted in the majority of players picking a small, fast vehicle in order to gain the most powerup crates.  Large, slow tanks were easily overpowered and destroyed before they could gain sufficient upgrades to counter.  In addition, many players complained that simply running away from an enemy unit until you were powerful enough to face him was not particulary fun.  This was exacerbated by the fact that crates were randomly generated and made the outcome of the game more dependent on luck rather than actual strategy.

Because of the issues mentioned above as well as the relatively small percentage of online gamers in the market then, Command & Conquer: Sole Survivor never gained the popularity that its best selling RTS predecessor did. The game seems to have been forgotten by Westwood, and subsequently Electronic Arts.  It hasn't been supported online for many years, and was not included in the recently released Command & Conquer: The First Decade compilation of all Command & Conquer games.  Despite its many gameplay flaws, Sole Survivor should be praised for its attempt to create something new in an online gameplay arena that was just in its infancy.
Fire Power Dota 2 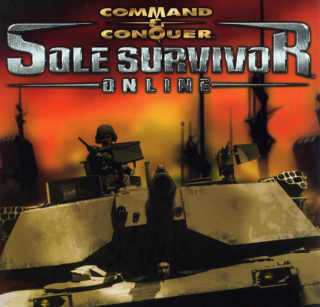