One of the first ultra-violent arcade games to be released. With extreme violence being the main draw. This classic also featured a moral message about drugs. This game was remade in 2005.

The story begins with the protagonists "Max Force" and "Hit Man" receiving an urgent message from the chairman of Narcotics Operations, Spencer Williams. The duo have been given the task of neutralizing the threat of "Mr Big," the leader of a drug related terrorist organization. The operation is given the code name "Project NARC" and takes place over the course of eleven gore-filled levels.

Gameplay is that of a basic side-scrolling shoot-'em-up. Players control Max Force or Hit Man, armed with either a machine gun or rocket launcher. Enemies include drug dealers, junkies and other criminals. Players collect extra ammunition and confiscate drugs and money from fallen foes to increase their score. Moral choices help determine the score at the end of each level. Players can kill everything in sight or try to arrest as many criminals as possible. At the end of each level, the game will award players for arresting as many criminals as possible without killing them.

While the Porsche on the title screen is usually only seen as the player arrives at the level start and jumps out, one level changes gameplay by allowing the player to drive it. The Porsche has the same weapons as the player, and is also able to run over criminals. Arresting criminals is also possible while in the Porsche, but is difficult without running them over. Hazards for reckless driving come in the guise of land mines and dumpsters, which will destroy the Porsche and put the player back on foot. The player can also manually exit/enter the Porsche by jumping out/in.

The main draw of the game was the gory violence. Using the rocket launcher would result in enemies' limbs scattering all over the screen and blood spewing through the air.

The original arcade edition was released in 1988. As games became more graphically detailed, the good-intentioned crusade of Max Force and Hit Man became a easy target for concerned parents, what with the digitized blood and the heavy drug theme. The game was ported to the Nintendo Entertainment System by Rare in 1990 with some significant changes. The absence of drugs was the most notable, however the ultra-violence and the dismemberment of junkies survived the port pretty much intact.

In 2005, the series was in the limelight once more when a remake for the Xbox, Playstation 2, and PC was released. The game received an M rating from the ESRB and was banned in Australia (possibly due to the characters' ability to consume drugs in order to boost their performance). The game was soon forgotten, being in the same genre as Grand Theft Auto, which was controversial in a much more high profile way, luring the the crowd of angry parents away from it. The remake featured the voice talents of Michael Madsen, Bill Bellamy, and Ron Perlman. 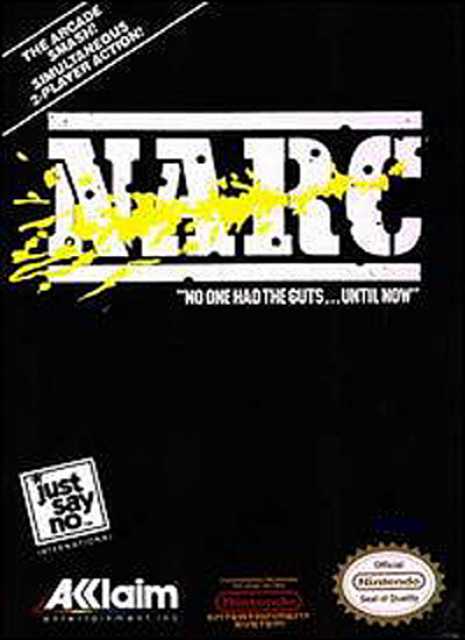