Luigi's Mansion is a Gamecube launch title that features Luigi as the main character as opposed to his more famous sibling. In the game, Luigi must explore a mansion that he supposedly won in order to save his brother Mario.

Luigi's Mansion is a horror-themed action-adventure game and was one of the launch titles for the Nintendo GameCube. It was released on November 17, 2001 in North America; on September 14, 2001 in Japan; and on May 3, 2002 in Europe. Luigi's Mansion was developed by Nintendo EAD and published by Nintendo. It focuses on Luigi's mission to clear a haunted mansion, that he 'won' in a contest he didn't enter, of ghosts to save Mario from their clutches. To do so, he hooks up with Professor E. Gadd, who gives him a special vacuum, called the " Poltergust 3000", and a special Game Boy, called the Game Boy Horror, to help with the job.

A Nintendo 3DS version of the game, developed by Grezzo, released in 2018.

Luigi's Mansion takes place in a large mansion, just outside of a creepy forest. The game opens with Luigi exiting said forest to arrive at the mansion. Upon heading inside, Luigi encounters a bunch of ghosts and a mysterious scientist who attempts to save him with a mysterious device. Upon fleeing from the mansion, the scientist is found to be Professor E. Gadd, who lives near the mansion because he has been studying it. Explaining how he won the mansion in a contest he didn't enter, Luigi finds that his brother, Mario, went into the mansion and hasn't come out. E. Gadd equips him with a special ghost-hunting vacuum, called the " Poltergust 3000", and sends him to clear the mansion of ghosts, and to rescue Mario.

Luigi's Mansion has Luigi hunting through a large mansion to save his brother, armed with a vacuum and a special Game Boy. To capture ghosts, Luigi must first make the ghost show their heart. This is accomplished by shining Luigi's flashlight on the ghost, appropriately stunning the ghost, and allowing Luigi to suck them in with the Poltergust, his vacuum.

The process of sucking them doesn't happen in an instant, and the ghost can fight back; Luigi has to keep pulling them in until their health hits zero, then they'll be sucked into the vacuum for all time. The ghosts can remain in the vacuum, but the 'boss ghosts' are put into portraits that go up in E. Gadd's gallery. Boss ghosts are extracted from the vacuum at the end of every area Luigi completes. The Poltergust can also be upgraded with medallions as the game goes on, allowing Luigi to shoot fire, ice, and water instead of just blowing air. This is used to complete puzzles, and can also be used as a weapon.

The special Game Boy is known as the Game Boy Horror. Luigi can use it to research items in the mansion, contact E. Gadd, navigate using its map, look at items, and even check if a Boo is in a room. The Game Boy Horror will also tell Luigi what room he has the door-key to on the map, making it easier to navigate. Additionally, if Luigi uses the Game Boy Horror to scan any of the mirrors in the mansion they will warp him back to the foyer, providing a convenient short cut when needing to save game progress with Toad.

The mansion itself is full of many surprises. It stays in the dark most of the time, unless Luigi clears a room of ghosts. Many rooms when completely cleared will also have treasure chests or keys, allowing Luigi to continue his search of the mansion. The mansion is five floors in all, including a basement and the roof, with the player starting in the foyer. Each floor has a boss to defeat, and certain objectives must be completed to reach the next floor.

Throughout the mansion, there are several portrait ghosts to find and collect for Professor E. Gadd. Different than the normal ghosts who roam the halls, each one calls for a different strategy to defeat.

Professor E.Gadd has a gallery of ghost portraits in his workshop, unfortunately they all escaped when King Boo let them free. As Luigi catches the portrait ghosts they will be turned back into portraits using E.Gadd's Ghost Portrificationizer. Depending on how well Luigi captures the ghosts, the portraits will have either a bronze, silver or gold frame.

The frame is based on how much HP Luigi takes of a ghost in one go:

Bronze: If Luigi only manages to suck up less than 50HP.

Silver: If Luigi sucks up more than 50HP in one go.

Gold: If Luigi can suck up 90HP or more in one go.

To determine the frame of one of the 4 boss ghosts, it is based on how much HP Luigi had left after the fight:

Bronze: If Luigi fails to keep his health over 50HP.

Silver: If Luigi manages to keep his health over 50HP.

Gold: Luigi must enter the battle with 100HP and keep it over 90HP to get the gold frame. 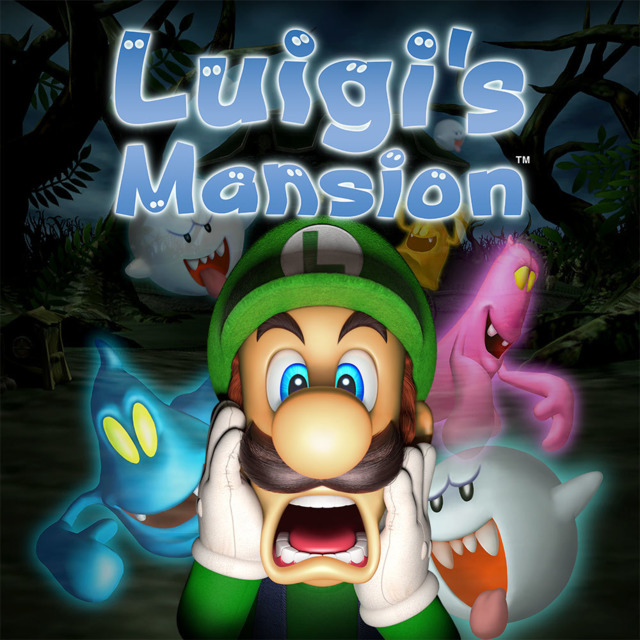