Battlefield 4 is a modern-military first-person shooter developed by DICE and published by Electronic Arts. It was initially released for Xbox 360, PlayStation 3, and PC on October 29th, 2013 and later released as a day-one launch title for the PlayStation 4 and Xbox One.

Battlefield 4's single player campaign takes place in the year 2020, six years after the events of Battlefield 3. The story primary follows Tombstone, a squad of US Marines tasked with stopping a military coup in China and preventing all-out war. Russia and China appear as the opposing factions.

Unlike the previous game, Battlefield 4's campaign is occasionally peppered with more open environments that allow for some player freedom, although the majority of the campaign still consists of scripted encounters. Completing campaign missions unlocks some weapons for use in multiplayer.

Battlefield 4 continues the series tradition of class-based multiplayer mechanics with objective-driven gameplay. Maps and modes involve both large-scale vehicular warfare, as well as smaller infantry-only scenarios. The revamped Frostbite 3 engine allows for more enhanced destruction and interactive environments. A Spectator Mode has been added if players simply want to watch the action. Players will again have the ability to rent servers to personalize the experience.

"Levolution" refers to the dynamic destruction capable in multiplayer, so called because of the players increased ability to alter & interact with the physical characteristics of the map. This includes small things like being able to open & close doors, ride elevators, shoot out lights, as well as referring to much larger "events". Each map has one major Levolution event that significantly alters the terrain of the map, such as a toppling skyscraper in the map Siege of Shanghai, or a destroyer ship beaching onto an island in Paracel Storm.

Battlefield 4 also sees the return of Commander Mode, last seen in Battlefield 2. In this mode, the player (who does not take up a spot on their team's leaderboard) provides aid to their team through intelligence and offensive support. Additionally, the Commander can select any player on their team and see a picture-in-picture view of that player's screen. This mode can even be played using mobile devices without connecting to the game via console or PC. Commander Mode is available only in Conquest, Rush, and Obliteration game modes.

Battlefield 4 retains the same four classes as the previous game, with a few alterations in available capabilities & gadgets:

There are 7 game modes available at launch. Five return from Battlefield 3, with two new modes (Obliteration and Defuse) introduced.

* On the PC, server admins can choose to override the player cap in some game modes, up to a hard limit of 64 players (+ 2 Commanders.)

There are ten maps available at launch. All game modes are playable on all the maps:

Battlepacks are an additional way to unlock items in multiplayer. They are awarded at set intervals by leveling up both soldiers and weapons. Much like the weapon packs in Mass Effect 3, items granted in Battlepacks are randomized. The items awarded are weapon attachments such as scopes and silencers, as well as cosmetic variants of accessories such as new knives, dog tags, soldier camouflages, weapon/vehicle paints, experience boosts, and more.

There are three tiers of Battlepacks; Bronze, Silver, & Gold, as well as black Weapon Packs. The Bronze Pack will contain three items: two Standard ones, and one that has a chance of being Advanced. The quantity and rarity of the items increase in the Silver and Gold Packs. The Weapon Pack is aimed specifically at the noted weapon and provides weapon accessories for that weapon.

There are five expansion packs for Battlefield 4 that feature new maps, game modes, weapons, and more. Each expansion will be available individually for purchase, or can be bought in a bundle with a membership to Battlefield Premium.

The first expansion pack to be released was China Rising. It features the maps Silk Road, Altai Range, Guilin Peaks, and Dragon Pass, four large open area maps set in Mainland China. The Air Superiority Mode is also made available in this expansion, as well as new vehicles and weapons.

The second expansion is Second Assault, which takes four maps from Battlefield 3 (Operation Metro, Caspian Border, Gulf of Oman, & Operation Firestorm) and updates them in the new Frostbite 3 engine. A new game mode of Capture the Flag is available in this expansion as well.

The fourth expansion is called Dragons' Teeth, which is focused on much more close combat situations. The four maps included are Lumphini Garden, Pearl Market, Propaganda, & Sunken Dragon. It features 5 new weapons, and opens up a ballistic shield gadget for the Support class. The new game mode is called Chain Link, which is a variation of Conquest where players must capture adjacent flags in order to reduce the other teams tickets.

The game was revealed during a promotion for Medal of Honor: Warfighter, allowing beta access to those who pre-order Warfighter, or purchase the Limited Edition.

At a company meeting on February 19, 2013, store managers and CEO of Gamestop were given a sneak peak of Battlefield 4.

Media were sent an invite via email on March 15th, 2013, to an unveiling event hosted at AMC Metreon in San Francisco.

On March 20th, 2013, EA created a teaser site that would slowly show artwork from the game as more members logged into the site. A first look at gameplay was promised and shown at the March 26 unveil event.

Campaign gameplay was shown to press and developers on March 27, 2013 at 7pm, during the Game Developers Conference 2013 hosted at AMC Metreon in San Francisco. A 17-minute campaign video was released to the general public.

Multiplayer gameplay for Battlefield 4 was first presented at E3 2013 and was streamed live throughout the week. The map "Siege of Shanghai" was playable for the traditional Conquest mode. The demo showcased several new features including an automatic cover system, swimming underwater, "sprint swimming," and more.

An open beta was launched by DICE in the beginning of October for PC, X360, and PS4. It featured the Siege of Shanghai map in the Conquest and Domination game modes. The Obliteration game mode was also added midway through the beta.

The following schedule for access to the Battlefield 4 beta on PS3, X360, and PC was as follows:

October 1-3: "Exclusive" early access for players who had at least one of the following: 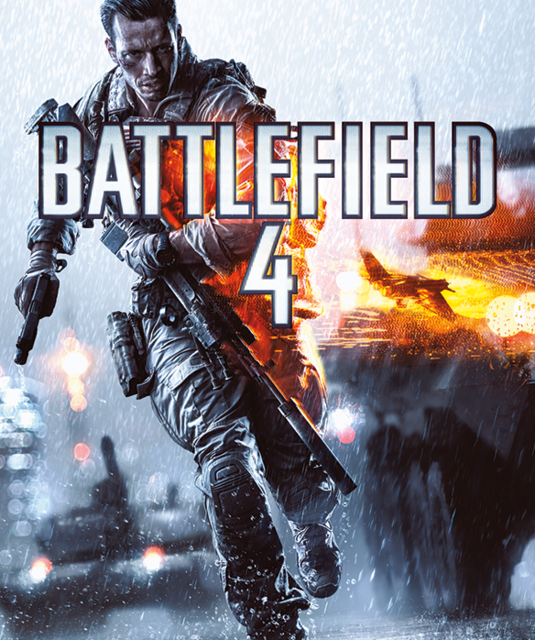