The Lord of the Rings Online: Rise of Isengard

The third expansion for Lord of the Rings Online, Rise of Isengard will see the game's story line reach The Two Towers.

The third expansion for The Lord of the Rings Online, called Rise of Isengard, was announced for release on September 27th, 2011 by Turbine on June 7th, 2011.

The level cap will be increased to 75. New skills, traits, and virtues will be added.

Three new zones will be added:

Along with modifying various monster player skills, Turbine is opening monster play to free to play and premium players in a limited way. VIP players will still be the only group of players that will have access to the Ettenmoors PVMP zone for the Free Peoples (normal player characters). Free to play and premium members will be able to play on the monster side, but only initially as the Reaver monster class. Other monster classes will be available for purchase in the Turbine store. Contrary to what Turbine previously stated, there will be no new PVMP zone. 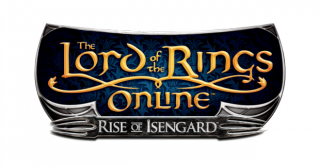