NBA 2K8 continues a five year legacy as the #1 rated NBA simulation with in-game features that bring basketball to life like never before.
PlayStation 2 Xbox 360 PlayStation 3

The game features the addition of a dunk contest and three point shootout while polishing the controls to be the most realistic basketball sim on the market.  It allows instant replay during the game (with the ability to save replays), several game modes ranging from street games to managing a basketball association, downloadable roster updates via the 2k lobby, online play, and player creation.

The NBA 2K8 soundtrack has a roster that is made up of some of the most respected hip-hop artist in industry. J Dilla headlined the soundtrack for the game. Other artist on the soundtrack included Madlib, MED, Q-Tip, Percce P,  Quasimoto, J-Rocc, and Talib Kweli. The soundtrack does not just feature hip-hop, some prominent funk and rock artist are featured. Along with Drum and Bass artist A Called Gerald.

A full list of songs that appear in NBA 2K8 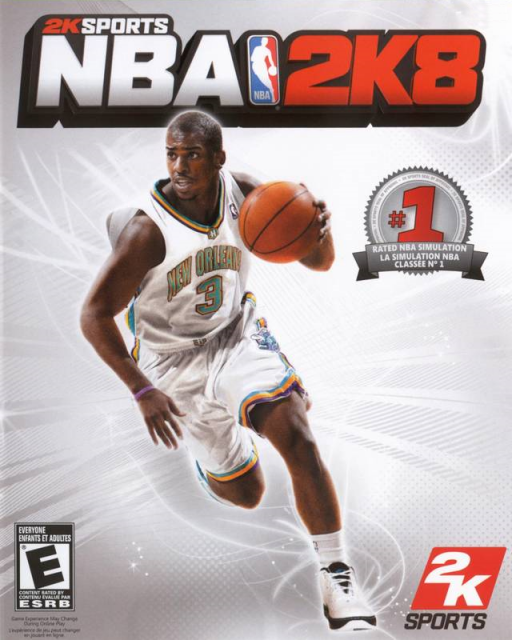