From the co-creator of Counter-Strike, Tactical Intervention is a multiplayer first-person shooter that pits teams of Terrorists versus Counter-Terrorists in more outlandish and explosive action-movie scenarios than those of Counter-Strike.

Tactical Intervention is a multiplayer first-person shooter being developed by Minh Le, the co-creator of Counter-Strike, and South-Korean developer FIX Korea. Similar to Counter-Strike, teams of players will face off on "urban" maps, playing as either the Terrorists or the Counter-Terrorists. The game will feature many ideas that Le had for the original Counter-Strike, but was never able to implement, including "tactical maneuvers" like rappelling, attack dogs, gun battles during car chases, and using hostages as human shields. There will be an emphasis on realistic weapons with customizable attachments as well as NPC elements that will add unpredictability to matches. The game is being built on Valve's Source Engine. Since first entering closed beta in North America on May 28, 2010, the game has been delayed multiple times and is currently slated for release on March 28, 2013, with a new limited open beta scheduled for March 4, 2013. 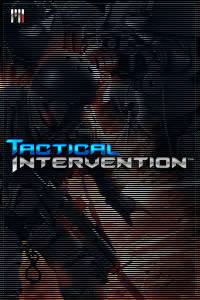