The first game in the Persona 2 duology, Persona 2: Innocent Sin is a JRPG developed and published by Atlus for the Playstation. The game follows Tatsuya Suo and friends as they investigate the rumors surrounding Sumaru City.

Persona 2: Innocent Sin is the second game in Atlus's Persona series and the first game in the Persona 2 miniseries. It comprises the first half of the Persona 2 story arc, which is concluded in Persona 2: Eternal Punishment. A remake of Innocent Sin was released for the PSP and features a new animated opening as well as many gameplay and graphical changes, similar to the previous Persona PSP remake. While Innocent Sin itself has not been released outside of Japan, the PSP remake was released in North America on September 20th, 2011.

The game takes place a few years after the events of the original Persona. The protagonist of the game is Tatsuya Sudo. His path intertwines with two other students Lisa and Eikichi. A rumor going around school is that if you dial your own cell phone number, you will summon a demon called The Joker, who will grant you a wish. However, if you are unable or unwilling to tell him your wish, The Joker will steal your "ideal energy", reducing the person to a ambition-less shell called Shadow Selves. The three summon The Joker, who tells them they did something horrible to him in the past, and is angered when they do not recognize him. The Joker curses them and swears revenge before disappearing. The trio are confused and eager to investigate The Joker...

The gameplay of Innocent Sin is largely similar to that of Revelations: Persona; the player navigates through maze-like areas in an attempt to progress to the next story segment. There are, however, a few notable departures from the gameplay of the series' first entry, the most notable being the change in perspective from first-person to third-person while exploring dungeons. Like the first game, the player still uses a small cursor to navigate the overworld.

The combat consists of random encounters as well as scripted boss battles, as one would expect from a JRPG. The element that distinguishes the combat from other JRPG titles is the use Persona, which is explained to be the manifestation of the characters' inner psyche, allowing the characters to combat the demons that appear throughout the game.

New persona can be fused through a method called fusion, which is a staple gameplay element of the Shin Megami Tensei franchise. Players can perform a fusion with the help of tarot cards, special items obtained through conversing with enemy demons found in random encounters. The conversation system, another gameplay element found in most early Shin Megami Tensei games, is nearly identical to the system found in Revelations: Persona, giving the player the option of several dialogue options used to attempt to coerce demons into providing helpful items, and can also be used to avoid battle completely. 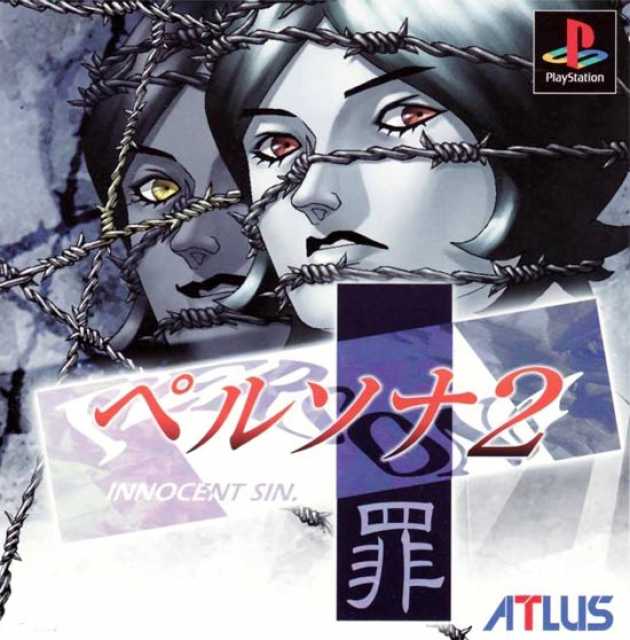