Blowout was a run and gun third person shooter released on original xbox, Ps2, PC, Gamecube and XBLA as a xbox originals title.

In the game you you play as John "Dutch" Cane  a space marine sent to check up on researchers on the space platform "Honour Guard" only to discover that they have been horribly mutated. Gameplay is often described as very similar to games such as Contra, Metal Slug, or Abuse.

On January 26, 2009, the game was released on the Xbox Live Marketplace as part of the Xbox Originals program. 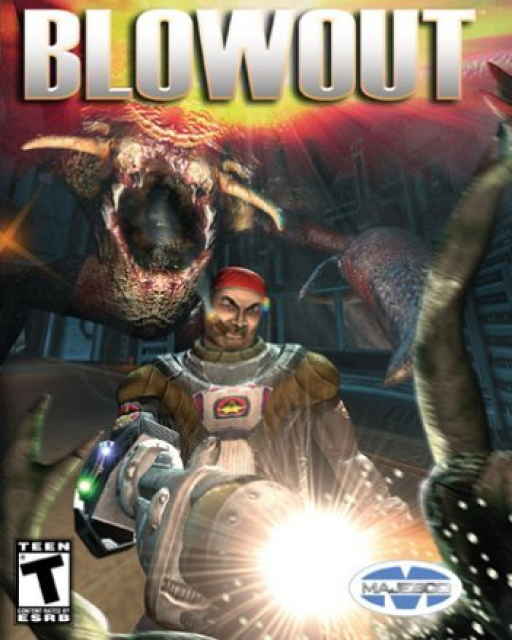