Lunar 2: Eternal Blue Complete is the sequel to Lunar: Sliver Star Story. The game features a brand new cast of characters and takes place 1000 years after the events of the original game.

Lunar 2:Eternal Blue is the sequel to the 1998 remake of Lunar:Silver Star Story.The game features a brand new cast of characters and with some characters from the original. Lunar 2 takes place 1000 years after the events of the original Lunar.

The re-release of the game features two notable changes. The difficulty of the Borgan boss battle has been reduced (after complaints that the original fight was too hard) and the infamous "Pay for Saves" system was removed.

The game starts off with a boy named Hiro, whom is a archaeologist whom is also fascinated with all the history (Events from the original game) that his grandfather,Gwyn, has taught him.Hiro also lives with a flying talking cat named Ruby--she is a female version of Nall from the original game.One day, Hiro,Ruby & Gwyn decides to go into a temple to find a valuable artifact that's hidden deep within the temple.They find it but it turns out it's a transportation device to transfer one person from one planet to the other. The device sets off and Lucia appears. Hiro & the rest of the gang explain who they are and leave the temple.On the way out, they get attack by two guardians; they fight them off and succeed.Lucia explain her present on the planet Lunar.She explain that a evil present known as Zophar is going to be destroy the world.Hiro & Ruby join Lucia on her journey to stop Zophar.On the way, they encounter other characters and join them on their journey as well,

The battle system is pretty much like any other stantard 2D RPG--with a original elements.The game features "Battle Formations", it's a gird where the player can place a character anywhere on his or her half of the battle stage.For example,some characters have strong magic & magic defense but also have weak defense & offense;so the player has the option to place that character at the end of the battle stage to avoid strong physical attacks from enemies. Each character has a certain number of steps he or she can take in battle--it's a bit similer to Final Fantasy Tactics but in full 2D and not in isomectric perspective.The game also features these other options, attack,defend,magic,items.

The Collector's Edition of the game features collector's items that came with the game. Such as: a soundtrack CD,a paper map,a extra CD which is a behind the scenes look at the game,tiny card-broad cut-outs of some of the characters,a hardbound booklet,and Lucia's pendent.The Collector's Edtion retail at sixty-dollars. 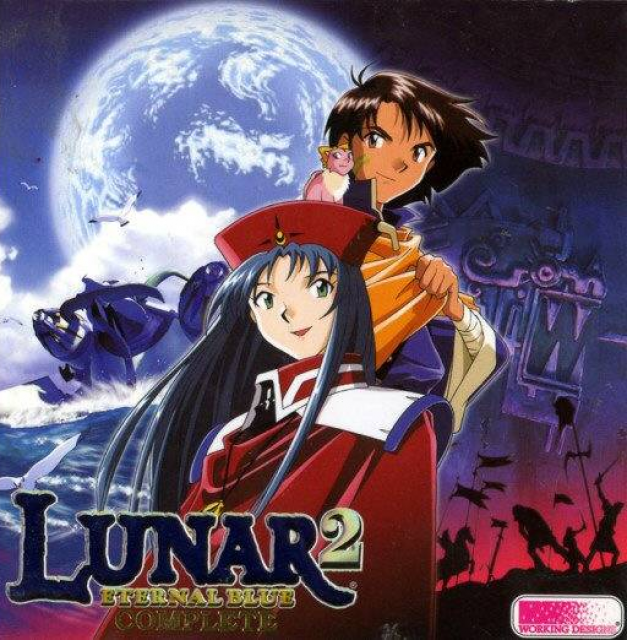