Join former SAS soldier Andrew Sterling as he takes on a group of arms dealers with access to a missle guidance system.
PlayStation 2

Andrew Sterling an MI6 agent is captured while on a deniable covert operation in China. After weeks of internment, and with MI6 seemingly disavowing Andrew, he is rescued by an old friend 'Kim'. He finds that he has been freed at the behest of his old associate Danny Parish. To repay this debt and at loose ends with his status, ex-Mi6 agent, Andrew agrees to assist Parish's on a new mission his private security firm is running in Africa. Andrew arrives in Egypt to investigate Amenkoht Ali-Salah, a corrupt Egyptian businessman who's corporation, Setech Industries is involved with illegal arms dealers. Andrew get's to Salah and his compatriots, but learns that his arms dealing is connected to deeper plot involving a post WWII secret society, GreyWings, bent on destroying the world to save it. Andrew and Kim set out to save the world from this secrete society called Greywings.

The shadowy anatomist of John Grey was voiced by British character actor Tom Baker, best known as the fourth incarnation of The Doctor, in Doctor Who. Royal Shakespeare Company (RSC) actor Nathaniel Parker played the protagonist Andrew Sterling, he is best know from his role as the timid Edward Rochester in film Wild Sargasso Sea. Rounding out the cast was Kristy Wu who played Kim, she is best known from the reoccurring role of comic-foil Chao-Ahn from Buffy The Vampire Slayer (the potential slayer who only spoke Cantonese)

Cold Winter was written as a collaboration of Julian Widdows with Warren Ellis.

Players can set a profile where they choose from 30 skins.

4. Fight in the Prison Courtyard

11. Fight at the BioMine Reactor

15. Fight on the Rooftops 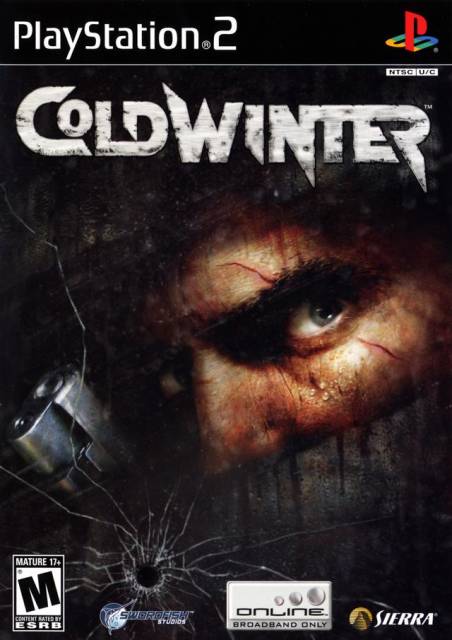