The sequel to the Neo Geo arcade shoot 'em up Pulstar revamps many of the original game's mechanics while adding five new ships to control, each with their own unique and dangerous assortment of weaponry.

Blazing Star is a sci-fi side-scrolling shoot 'em up developed by Yumekobo and released by SNK for arcades (running Neo Geo MVS hardware) and the Neo Geo AES (exclusively in Japan) in February 19, 1998.

The sequel to Pulstar (and the first game from Aicom after becoming Yumekobo), Blazing Star adds five new ships to control (each with their own unique assortment of weaponry) while removing the checkpoint system of the previous game and adding simultaneous two-player co-operative gameplay.

It was included in some Humble NEO GEO Bundles starting in late 2015 for the PC, Mac, and Linux (both downloadable, with ROMs included, and on modern browsers). 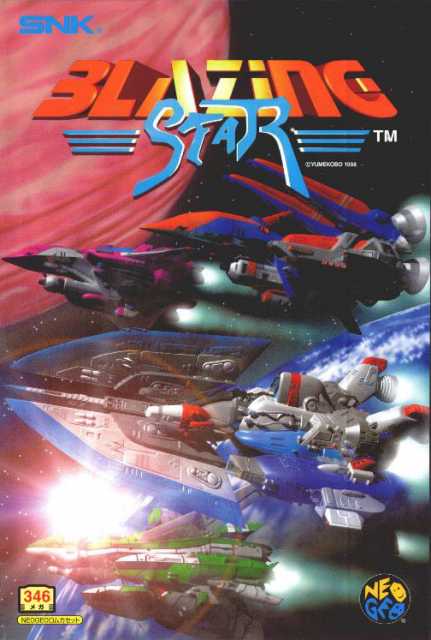