Ty the Tasmanian Tiger 3: Night of the Quinkan

This is the 3rd game in the Ty the Tasmanian tiger series. It has the elements of the first 2 improving combat with new vehicles and has several racing sequences.

Ty 3 is very similar to the previous entries, but it adds some tweaks to the weapon system. The new system allows the player to customize a boomerang chassis with items called Bunyip Stones. The stones augment the player's boomerang with various abilities and effects. Some of these effects include an elemental damage modifier, a stone that slows down time, and even one that allows for an extremely long range throw akin to a sniper shot. 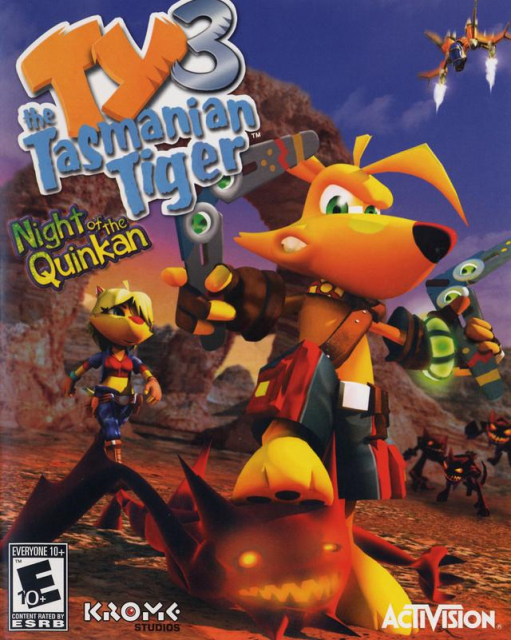