Tenchu: Wrath of Heaven is the third Tenchu game and a sequel to the first installment. It had the same basic gameplay as the first two Tenchu games but modernized the movement controls.
PlayStation 2

Tenchu: Wrath of Heaven was the first game in the Tenchu franchise to appear on the PS2. In the single player mode players could play as both Rikimaru and Ayame from the start and a third playable character, Tesshu, was unlocked once the game had been completed. Tesshu was different from the original characters in that he did not start missions with a traditional weapon and instead used his bare hands. Wrath of Heaven also featured a co-op mission mode, in which players could initiate dual assassinations on enemies, and a competitive mode in which players could select from a variety of characters which appear in the game, each with their own specific move sets. 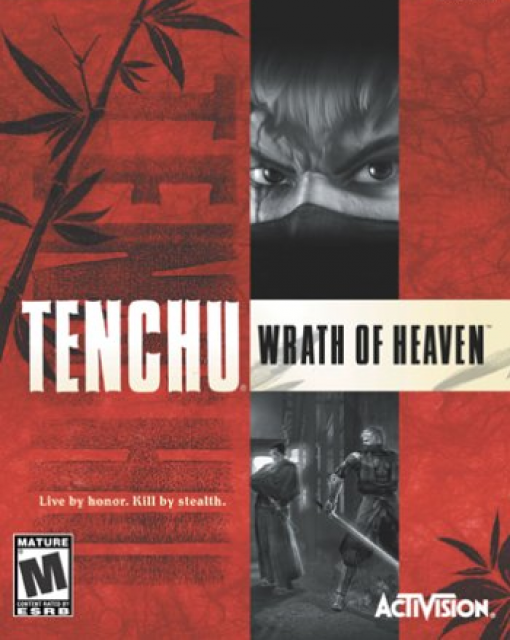